Exactly two years after her South Carolina wedding to Justin Bieber (and a little over three years after their surprise courthouse New York City one), Hailey Bieber fully embraced comfort while out in New York City. Hailey was photographed wearing a black blazer, no pants, white socks, gray Ugg slippers, and a black Jacquemus bucket hat while out. She accessorized with a black purse and bracelets. 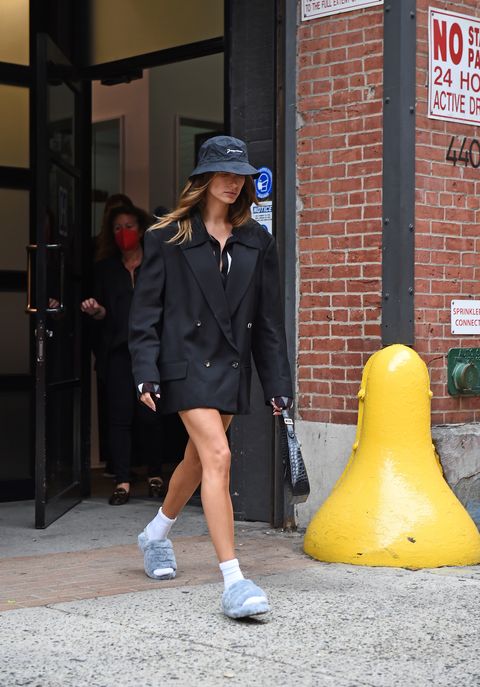 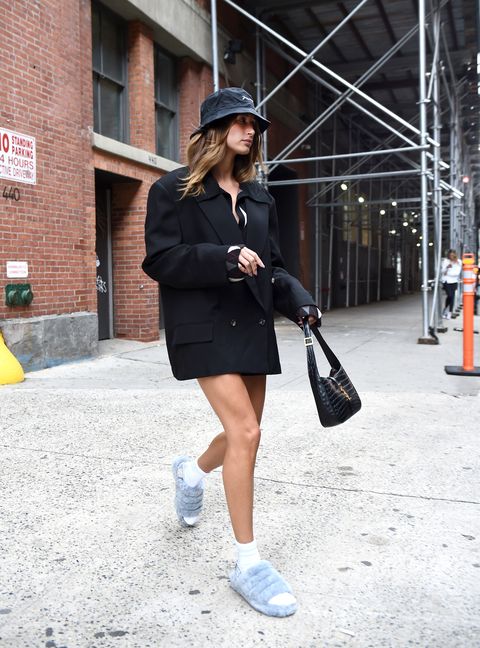 Hailey spoke to ELLE for its March 2020 issue about why she and Justin delayed their bigger wedding ceremony initially. Justin was going through a major health struggle, and Hailey was trying to be there for him through it following their September courthouse wedding.

“When we first got married, we were just figuring out our life together,” she recalld. “I felt like putting a wedding in the middle of all of that would be really hectic and stressful.”

With Justin particularly, “he was really sick. He has Lyme disease, and he was dealing with a bunch of medical stuff. We didn’t have a diagnosis. And it was hard because everybody from the outside was being super mean and judgmental, saying he looked like he was on drugs, saying how unhealthy he looked, when in truth, he was not healthy and we didn’t know why.”

“It was months of me being a new wife trying to help him figure out what was wrong and what was going on,” she said. “Now he’s perfectly healthy. But going through that and then trying to be like, ‘So where does our wedding fit into this?’ didn’t feel like the vibe at all.”