The Florida Republican told the Daily Beast he had spoken with Newsmax, OAN and Fox News about his post-Congress plans 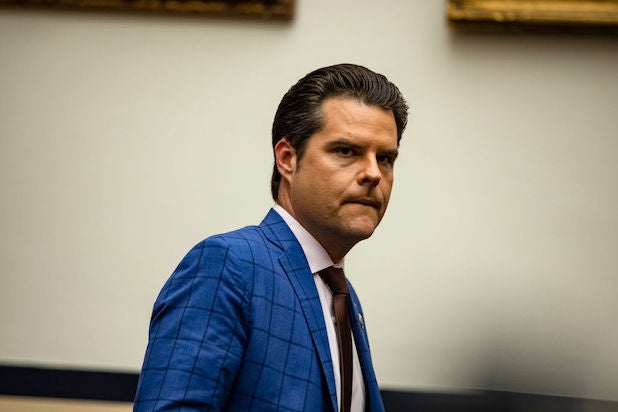 “No one with any level of authority has had conversations with Matt Gaetz for any of our platforms and we have no interest in hiring him,” a Fox News spokesperson told the Daily Beast on Wednesday.

On Tuesday, Axios reported that Gaetz was eyeing an early exit from Congress to pursue a gig at Newsmax. In a Wednesday interview with the Daily Beast, the Florida Republican said he had spoken to “executives, producers or hosts at Newsmax, OAN, Fox, Fox Business, Real America’s Voice” about his post-Congress plans.

“There is not a single conservative television station I haven’t had a passing conversation with about life after Congress. I have neither received nor solicited offers from any of them,” Gaetz said.

Gaetz’s post-Congress job prospects could also be further complicated by the fact he is under investigation by the Department of Justice over possible sexual misconduct.

According to the New York Times, the Justice Department is investigating whether Gaetz, 38, had a sexual relationship with a 17-year-old and paid for her to travel over state lines, thus possibly violating federal sex trafficking laws. Gaetz has denied traveling with a 17-year-old and claimed he is the victim of an extortion attempt “involving a former DOJ official seeking $25 million while threatening to smear my name.”