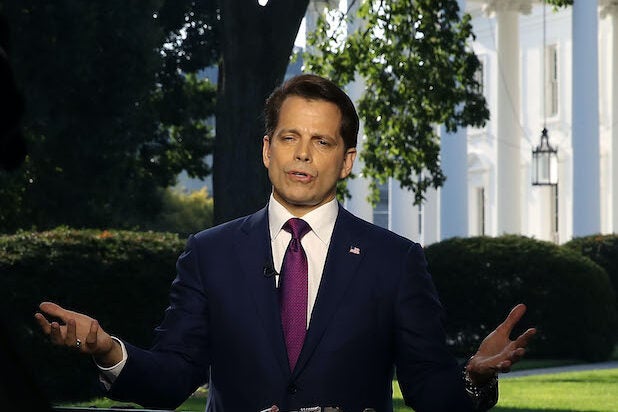 Anthony Scaramucci has joined CNBC as a contributor.

During an appearance on the business network Monday morning, the chyron identified him as such. Representatives for CNBC did not immediately return a request for confirmation.

Scaramucci, who lasted just 11 days as White House communications director under former President Donald Trump, is no stranger to television. In the summer of 2019, he turned on his former employer by launching an extended media blitz to declare Trump “unstable.” The conflict lasted into 2020, when he and the former president squared off on Twitter, a platform from which Trump has since been banned but on which Scaramucci maintains 1 million followers.

Prior to that, Scaramucci told TheWrap he’d “been offered more than one reality show” but turned the offers down because, in his words, he had no interest in donning “a chicken suit.”

He spent much of Monday morning retweeting CNBC segments, some of which included him and some of which did not. Talk about a company man.

Scaramucci founded the investment firm SkyBridge and the SALT financial networking platform, so it makes sense he would end up on one of the financial networks. Monday morning, he chatted on “Squawk Box” about cryptocurrency.

Watch that segment below, via CNBC.