Kim DePaola is not holding back when it comes to addressing another member of the Real Housewives of New Jersey set!

This week, the former friend of the RHONJ ladies is calling out Teresa Giudice and her new boyfriend, Luis “Louie” Ruelas, in a wild new podcast interview that doesn’t pull any punches!

As we’ve been reporting, Tre has seriously hit it off with Ruelas, going so far as to dub him her “soul mate” just months into their relationship. Calling him the “best thing to happen” to her in months, the Bravo star has gushed publicly and appears to have fallen head-over-heels for her new man.

But what if all isn’t right in paradise?! At least that’s what Kim D (pictured above, inset) claims…

Sitting down with David Yontef for an interview on his podcast, Behind The Velvet Rope with David Yontef, Kim didn’t desist from calling Ruelas out, first noting opaquely how he “has a history” with a few woman from previous relationships, even mentioning allegations of “mental abuse.”

“He has a history of a few women that were in his life that don’t think very highly of him. said that there was, you know, some forms of abuse. I haven’t heard about physical. Umm, mental abuse, locking them out of their houses, you know, things like that. You know, that he’s a narcissist, all that kind of stuff. That he has interesting sexual preferences. And he’s a manager of some, a s*x club out of Allendale, New Jersey.”

Whoa! And what was that accusation about managing a s*x club?! Kim D went on to allege that Ruelas is involved with “a swingers type” of situation in that Allendale venue, saying (below):

“So the name of it, see here, Louie Ruelas, Allendale, Sacred Sexuality Meetup. That’s the name of it, the Sacred Sexuality Meetup. It’s on the internet and someone sent this to me … And he’s the organizer and he’s the, like, what is it manager? Yeah. I think it’s, you know, a swingers type . He’s the organizer. Yeah. Organizer. Member, since 2016. Listen, Teresa talks about s*x all the time. She might not have a problem… I’m old-fashioned. I don’t, I’m not going to be involved with somebody who has this. I’d be freaking out if they came to me with some crazy s*x things that they wanted to do.”

Wow! Obviously, as host Yontef points out during the chat, the allegation could be totally fake and posted or otherwise doctored by someone else. Still, Kim has the ball at this point, and now she’s running with it.

The former reality TV pal went on to allege that Tre’s new man is an apparent cheater — and alluded to even more sinister activity beyond that. She even claimed he straight-up walked out on his most recent girlfriend immediately after first meeting Joe Giudice‘s ex-wife months ago:

“I think he cheated on most of , he came on very strong with them and then he somehow turns against them. And then they have to, they watch their back, because certain things happen to them. Like one girl saying that her tires were slashed. Another girl. I think it’s one of the same ones said that he locked her out of her house where she was living. And then there were people after that. He was with a girl the day that he met Teresa, he was living with someone and he went in and he was telling the girl, my God, you know, I met Teresa Giudice and she goes, I don’t care. You know, whatever. He made a big deal of it. And then one day he just never came home. And that’s how he broke up with her for Teresa. So, you know, he’s got a little history.”

Whoa! Ultimately, Kim says she’s “not going to try to talk smack about this guy” after literally talking smack about him for an hour. Like, come on girl, just own it! But more importantly, she also ventured a guess on how Ruelas might be forced to clean up his alleged act now that he’s with someone so high-profile.

“She’s loving, loving her life right now. Oh my God. Dancing in a private jet, you know what I mean? He’s coming on strong. God only knows spending all kinds of money on her. And she fell for him. Like, I’ve heard that he’s very charming … Let’s just hope that two narcissists met their match. … I’m really not going to try to talk smack about this guy. I don’t know him. I’m only saying that I heard from the horse’s mouth, from the women that he was with, that there are some things that have gone on that brings me pause. … he’s in the limelight now, so he can’t do to Teresa what he did to them because everyone in the world’s going to know… so he’s not going to get away with that. So he might be on his best behavior. We’ll see.”

Hmmm… FWIW, this actually isn’t even the first time Kim has gone public with her claims! Back in December she went on Heather McDonald‘s Juicy Scoop podcast and spilled much of the same tea. So at least she’s been consistent with her allegations… for whatever you believe that’s worth!

What do U make of these intense allegations and accusations, Perezcious readers?? Sound OFF with your reaction down in the comments (below)… And you can catch Yontef’s full interview with DePaola HERE if you want to listen to more! 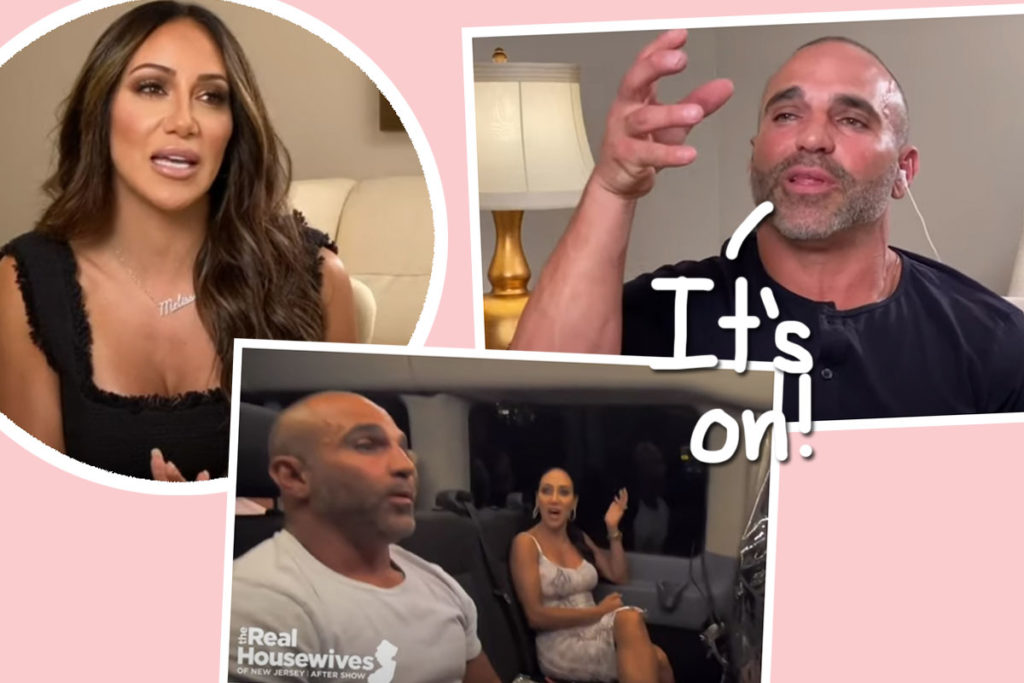 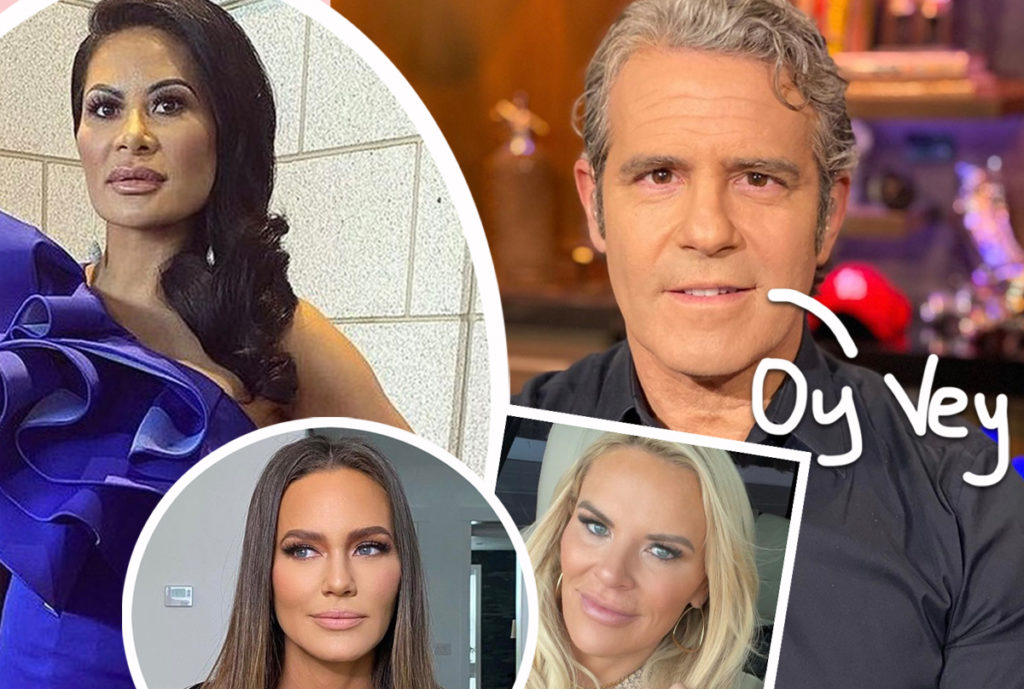 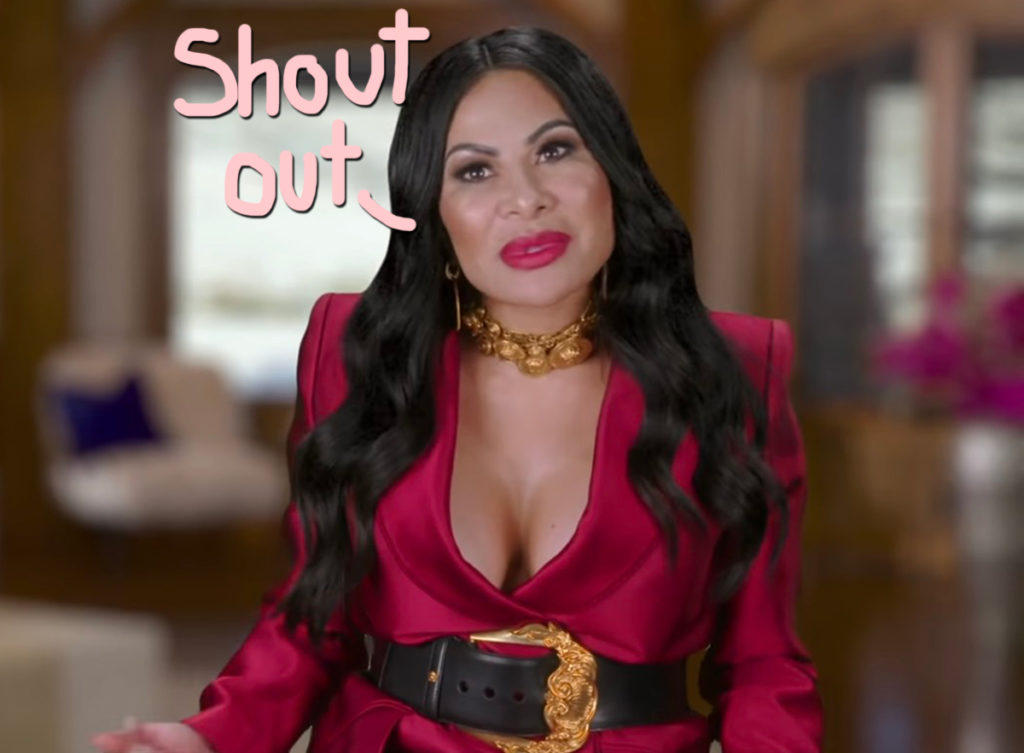 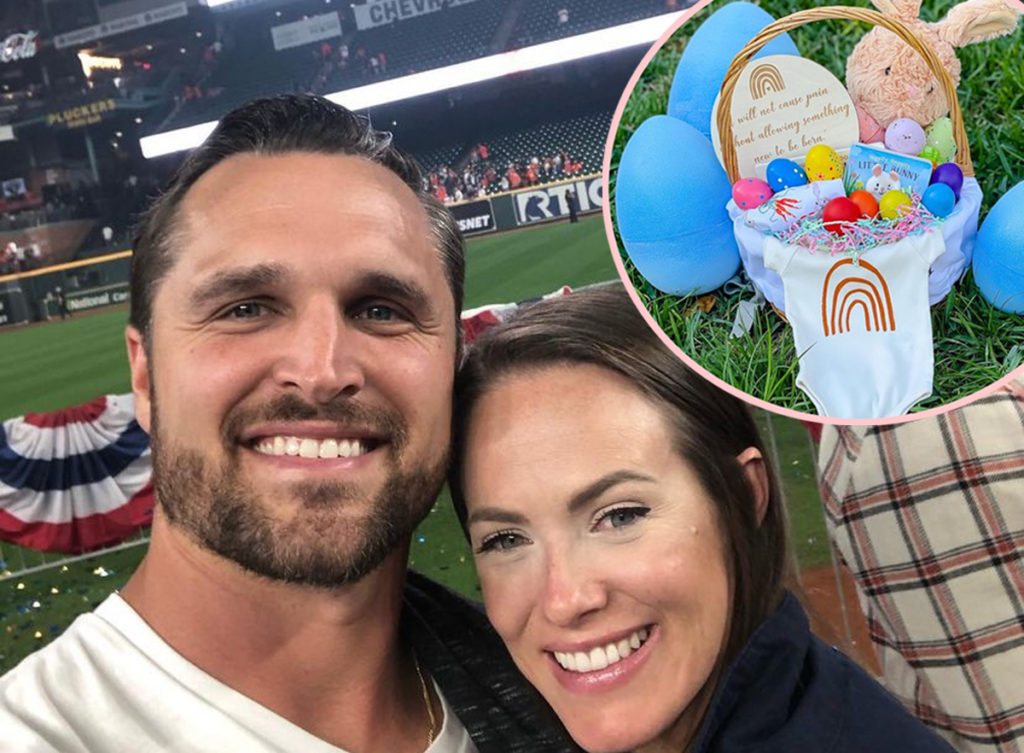