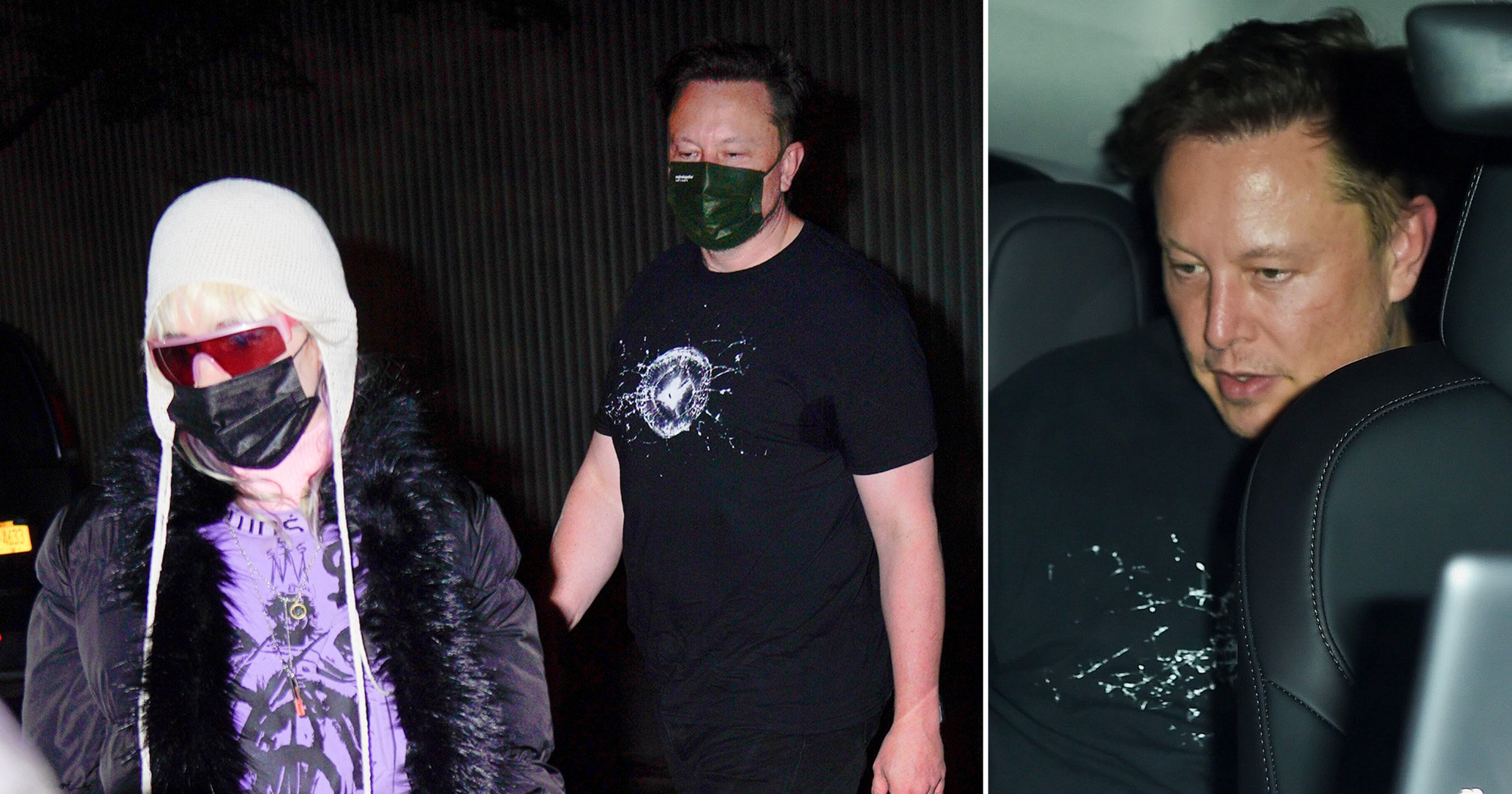 The tech mogul was pictured out and about in New York City on Tuesday night with his girlfriend Grimes, after the couple landed in New Jersey with their son X Æ A-XII a day earlier.

Elon, 49, dressed down for the occasion in a black t-shirt, and stopped to sign autographs for fans, before signing pictures in the back of his waiting car.

Meanwhile, Grimes, 33, wore a purple shirt and a woollen hat, while she teamed her black face mask with a pair of red-tinted sunglasses.

Their dinner came after the first day of rehearsals for SNL, with Elon set to host this, you guessed it, Saturday night (and yes, it’ll be live).

He will provide the opening monologue, while Miley Cyrus is this week’s musical guest.

However, the booking has proved very controversial, as many believe that a billionaire businessman shouldn’t be hosting the comedy show.

The last time a non-actor/comedian/musician/athlete hosted SNL was in 2015, when then businessman Donald Trump was at the helm.

Even some of the SNL cast threw shade at the announcement, with writer Andrew Dismukes posting: ‘Only CEO I want to do a sketch with is Cher-E Oteri,’ over a photo of SNL alum Cheri Oteri.

Aidy Bryant shared a post from Bernie Sanders, reading: ‘The 50 wealthiest people in America today own more wealth than the bottom half of our people.

‘Let me repeat that, because it is almost too absurd to believe: the 50 wealthiest people in this country own more wealth than some 165 MILLION Americans. That is a moral obscenity.’

And when Elon tweeted: ‘Let’s find out just how live Saturday Night Live really is’, comedian Bowen Yang wrote: ‘What the f*** does this even mean.’

Sources claimed that SNL boss Lorne Michaels won’t make any cast member appear alongside Elon if they don’t want to, with an insider telling Page Six: ‘Speaking historically, if a cast member has been that unhappy, they don’t have to do it.’

However, it is not believed that any cast member has boycotted the upcoming episode.

Meanwhile, Elon – who is worth an estimated $179billion (£148bn) – defended the gig, telling Page Six that the backlash was all ‘much ado about nothing’ and saying that everyone was being friendly.

The SpaceX CEO also took to social media to get some feedback on his ‘skit ideas’, including ‘Baby Shark & Shark Tank merge to form Baby Shark Tank’ and ‘Irony Man – defeats villains using the power of irony’.

Keegan-Michael Key will host the show next week with performances from Olivia Rodrigo, while season 46 of SNL will conclude with help from Anya Taylor-Joy and Lil Nas X.