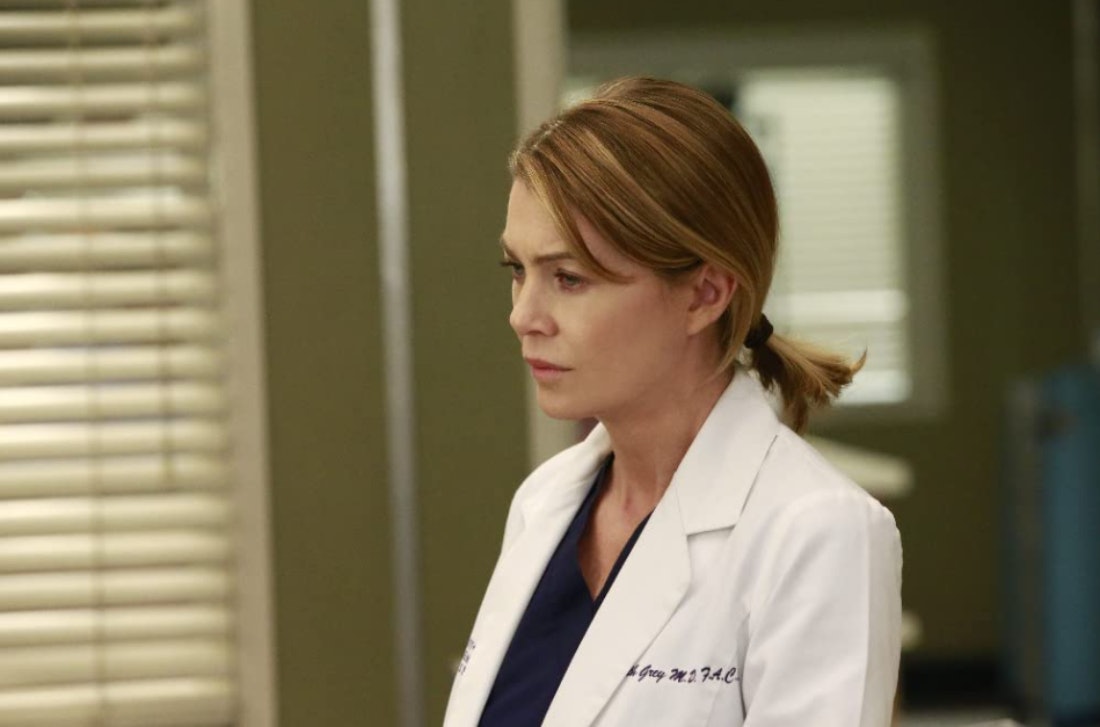 Grey Sloan Memorial Hospital is losing another doctor, and Ellen Pompeo is pretty emotional about it. After the announcement that Jesse Williams would be leaving Grey’s Anatomy, people are already mourning his departure. With his final episode coming up so soon on Thursday, May 20, you can only imagine Ellen Pompeo’s response to Jesse Williams leaving Grey’s Anatomy is an emotional one.

Fans received the sad news that Williams is leaving Grey’s Anatomy on Thursday, May 6, after he released his statement to Deadline. His portrayal of Jackson Avery on the show for over ten years makes it hard for fans to imagine him gone. After the news broke, Pompeo expressed her sadness on Twitter.

Pompeo’s first tweet on May 6 was a response to a fan, who wrote, "Ellen lost Justin, Giacomo, and now Jesse within 18 months… Ma’am, I feel your pain." Pompeo retweeted the tweet with three broken heart emojis. Shortly after, she responded to another fan, who tweeted, "what the ?!?!?!?!? how is @EllenPompeo even dealing with losing literally everyone." Pompeo’s message was short and sweet, focusing on the positive. "I’ll be honest… it’s emotional, but super grateful to @sarahdrew for coming back so this episode can be everything for the fans! She is as dedicated to you all as you are to her," Pompeo concluded.

Before fans got the confirmation that Williams was leaving, Grey’s‘ May 6 episode "Look Up Child" dropped some major hints. Jackson’s storyline took a twist when he decided to take over his family foundation to create "real racial equality in medicine." That decision meant he’d be moving to Boston, leaving Grey Sloan. The episode was also brimming with good news, hinting at a possible happy ending for Japril, since April (played by Sarah Drew) is freshly single and is also moving to Boston to live with their daughter Harriet.

Fans already had to wait an extra two weeks for Season 17 Episode 14 due to delays thanks to NFL Draft coverage.

Williams’ statement to Deadline on leaving the show was all about gratitude. "As an actor, director and person, I have been obscenely lucky to learn so much from so many, and I thank our beautiful fans, who breathe so much energy and appreciation into our shared worlds," he said. "The experience and endurance born of creating nearly 300 hours of leading global television is a gift I’ll carry always. I am immensely proud of our work, our impact, and to be moving forward with so many tools, opportunities, allies, and dear friends."

Williams has also expressed his sadness for leaving on social media. On his Instagram on Friday, May 7, he shared a shot from the set of Grey’s Anatomy and screenshots of his statement with the caption, "Feels."

Although both Williams and Pompeo are sad about Jackson’s character leaving the show, it seems like there’s a happy ending on the way that fans are totally here for.