Dr. Dre seems to be feeling better. After suffering a brain aneurysm – and amidst his ongoing divorce with ex Nicole Young – the hip-hop icon was spotted with a gorgeous woman on a dinner date in Hollywood.

While Dr. Dre, 55, kept a low-profile when he paid a visit to BOA Steakhouse in West Hollywood, California, on Wednesday (Feb. 10), the “mystery woman” he was with did not. The rapper/producer/mogul wore an all-black ensemble – black hoodie, black cap, black pants, black facemask – while his supposed dinner date rocked a mesmerizing houndstooth design, one that caught the eye as they exited. This currently unidentified woman decided against wearing a shirt with her outfit, opting for a lace bra for a top. 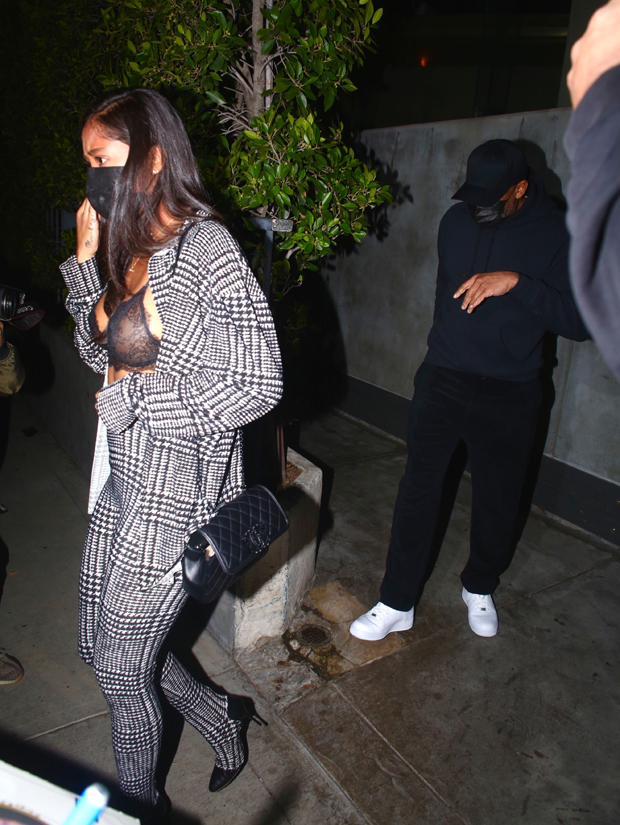 Dre’s dinner comes a month after suffering a brain aneurysm. The music icon was rushed to L.A.’s Cedars Sinai Medical Center at the start of the year and placed in the ICU. Though the condition can be fatal, doctors were able to stop the brain bleed in time. “Thanks to my family, friends, and fans for their interest and well wishes,” Dre’s official Instagram account posted shortly after his hospitalization. “I’m doing great and getting excellent care from my medical team. I will be out of the hospital and back home soon.” 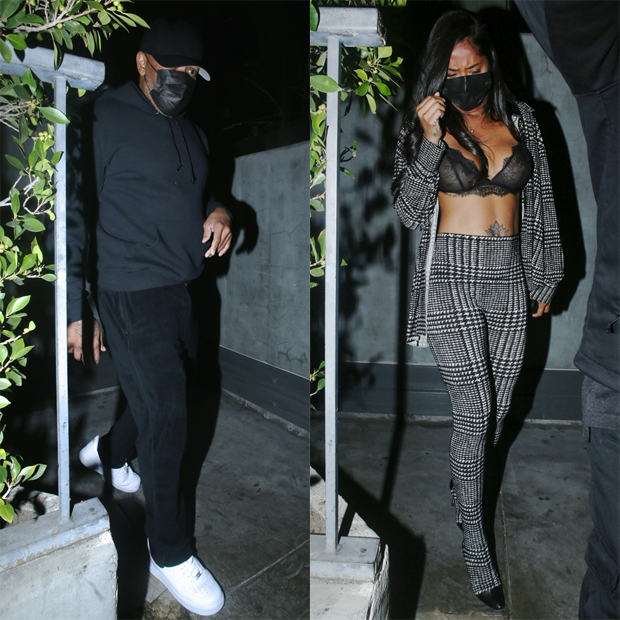 This West Hollywood outing also comes after numerous outlets reported that Dr. Dre agreed to “advance” his estranged wife, Nicole Young, $2 million as part of their ongoing messy divorce proceedings. The mogul – legal name Andrew Young – reportedly agreed to “maintain the financial status quo, including but not limited to‚ the payment of all of Nicole’s expenses consistent with her spending since date of Separation, which includes paying for all expenses relating to the Malibu residence and the residence in the Palisades,” according to TMZ, who first reported the deal. Dre has also reportedly agreed to pay Nicole $500k for her attorney fees. 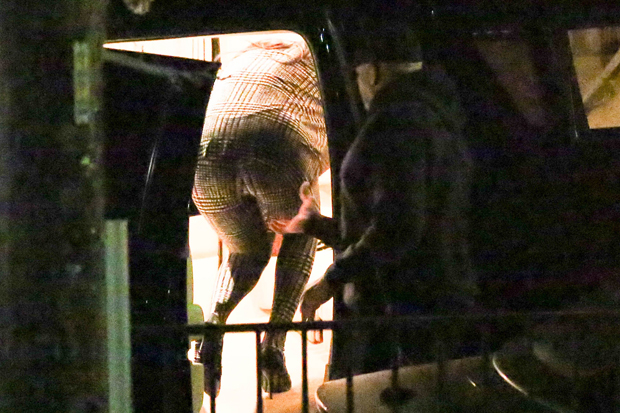 This is just a one-time payment, not the $2 million a month that Nicole requested in September 2020. She was also asked for $5 million to cover her lawyer fees pertaining to the divorce, according to documents obtained by HollywoodLife. The couple is set for another court date in April, where they will likely discuss her request for spousal support and legal fees. Dre is reportedly paying Nicole nearly $300 a month in temporary support, per TMZ. While this seems like a lot, Forbes reported in 2019 that Dre’s Net Worth was an estimated $800 million.

Nichole filed for divorce on June 29, 2020, ending her and Dre’s 24-year-old marriage. She cited “irreconcilable differences” as the reason for the split. The couple shares two adult children: son Truice, 23, and 19-year-old daughter Truly. Since both are over the age of 18, there will be no need to establish custody in this divorce.