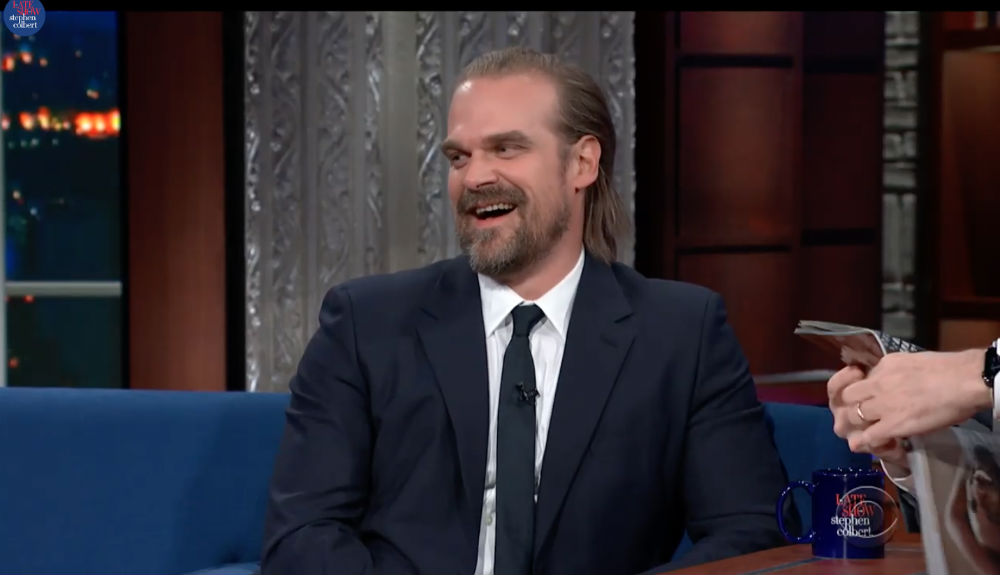 I like David Harbour well enough. He seems like a good guy who’s enjoying his rapid rise to stardom. He’s also having fun with his new status as a sex symbol, although he clearly doesn’t understand how he got it. David’s Stranger Things character, Sheriff Hopper, became known for a great deal of facial hair and a ‘Dad-Bod’ that supposedly drives women mad, which I don’t totally understand. I mean, I’m not turned off by a dad-bod but it sounds like his dad-bod is central to his attraction. Something’s working for him because David earned a spot in People’s Sexiest Man Alive issue. While on The Late Show with Stephen Colbert, David spoke about being included and then he tried to deflect everything away from that topic. The interview below is queued up to the SMA bit (1:47) and I’ll transcribe below:

I gotta talk to you about the last thing I saw you in, this little program… called Stranger Things. You’ve emerged from that a sex symbol.
Uh, I guess so

The new Sexiest Man Alive issue has come out and look who is one of the Sexiest Men Alive (points to David’s photo) right there. Look at that.
I’m very excited for People Magazine next month is going to release Men Wandering Around Lower Manhattan’s Bed Bath and Beyond Looking for the Perfect Dish Towel – and I’m also in that, as well. I’d also like to say that I got Sexiest Man Alive when I had a full mustache and 40 inch waist so, Thank you, America.

I do honestly think David is flummoxed by his sex-symbol status and his awkwardness in addressing it is genuine. I also like that he pointed out he was chosen when he, “had a 40-inch waist.” I realize there is a major double-standard at play but it’s nice to see David and Ben Platt on a two-page spread with Idris Elba, Keanu Reeves and Andrew Scott. Gotta love that David’s 40” waist is cropped out of the shot, guess that’s one gender-neutral stance Hollywood has. I like to see these lists shake things up so I’m happy David is included on it.

The book that David is currently writing will deal with all of his struggles with anxiety, mental health and having been institutionalized . David said he wants others who struggle with mental disorders to be inspired. He pointed out:

I think it’s rare to see people who are successful who have had really deep struggles with mental illness come out and say, to people who are struggling with it, ‘it’s okay. You can be successful, have a large cultural voice, you can do a lot in this world. Just because you are deemed mentally ill it doesn’t mean it’s some kind of death sentence.’

That’ll move him a few ticks on my sexy list for certain. I love that he’s centering his book around the idea that a diagnosis doesn’t mean you can’t be successful. He’s been such a great spokesman on the subject of mental health, I’m glad that he’s broadening his audience.

Question, though – David told Colbert this new ‘80s villain look he has going on is a result of his being unemployed and just hanging around, writing a lot. If David is unemployed with nothing to shill, why is he on Colbert? I think it’s time he recognizes that we all know Hopper is coming back on Stranger Things 4, so he can drop the façade (and the mullet). 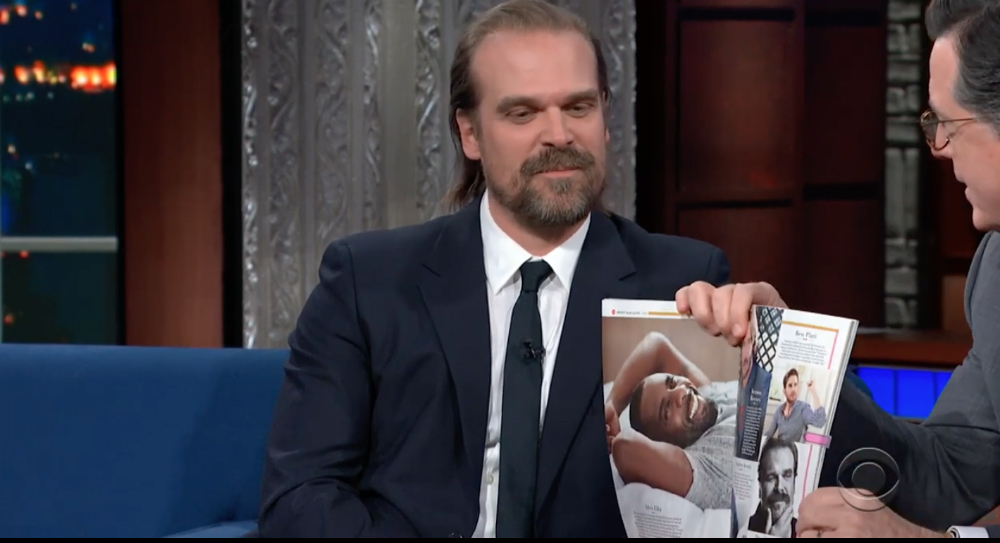 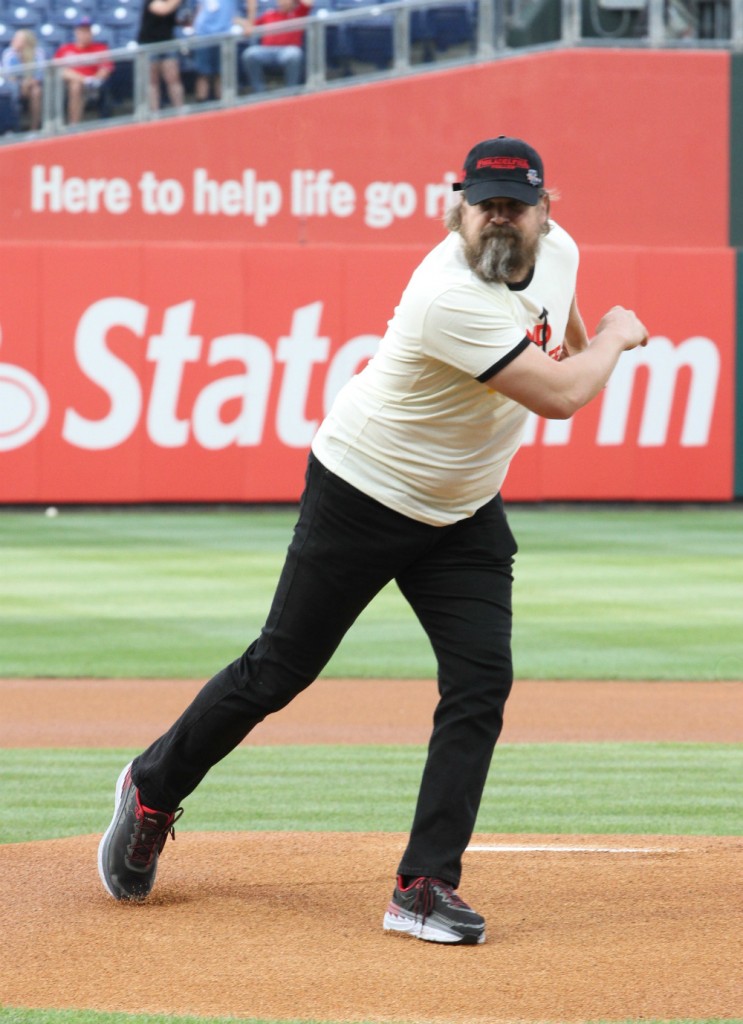 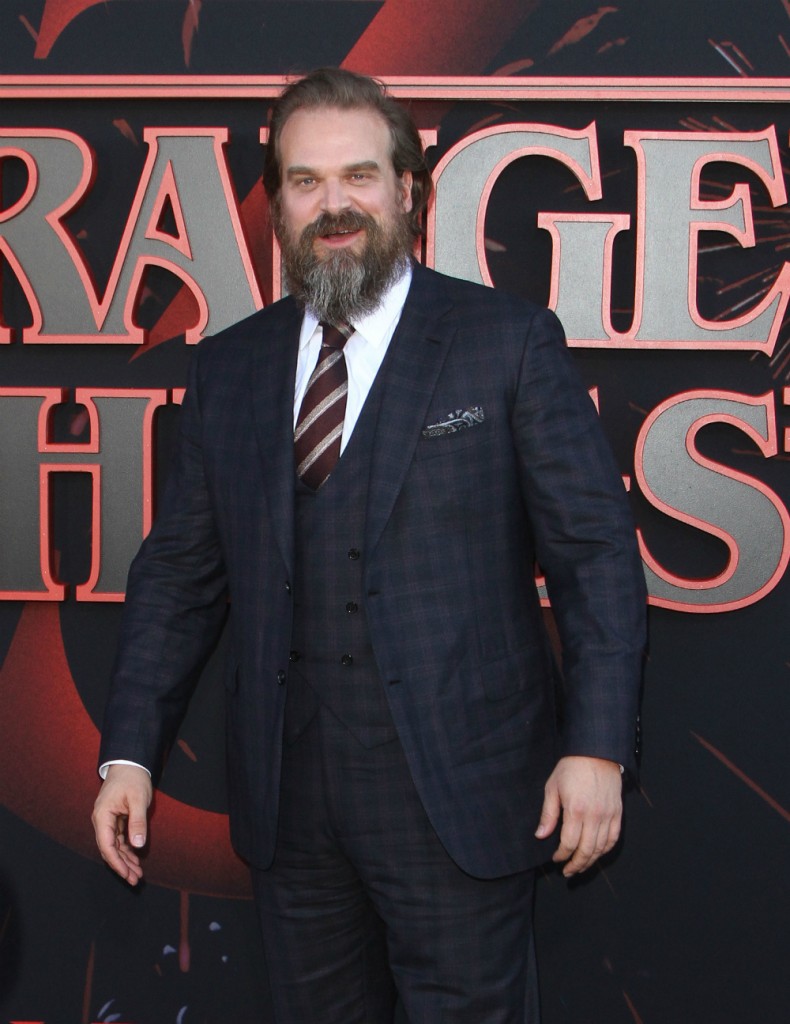