Spilling all! Dakota Johnson was asked to do the impossible: pick between Jamie Dornan and his Fifty Shades of Grey character, Christian Grey.

Horowitz, 44, noted that it’s “a little one-one with Christian,” while Johnson made a cringe face before adding, “Sadly.” 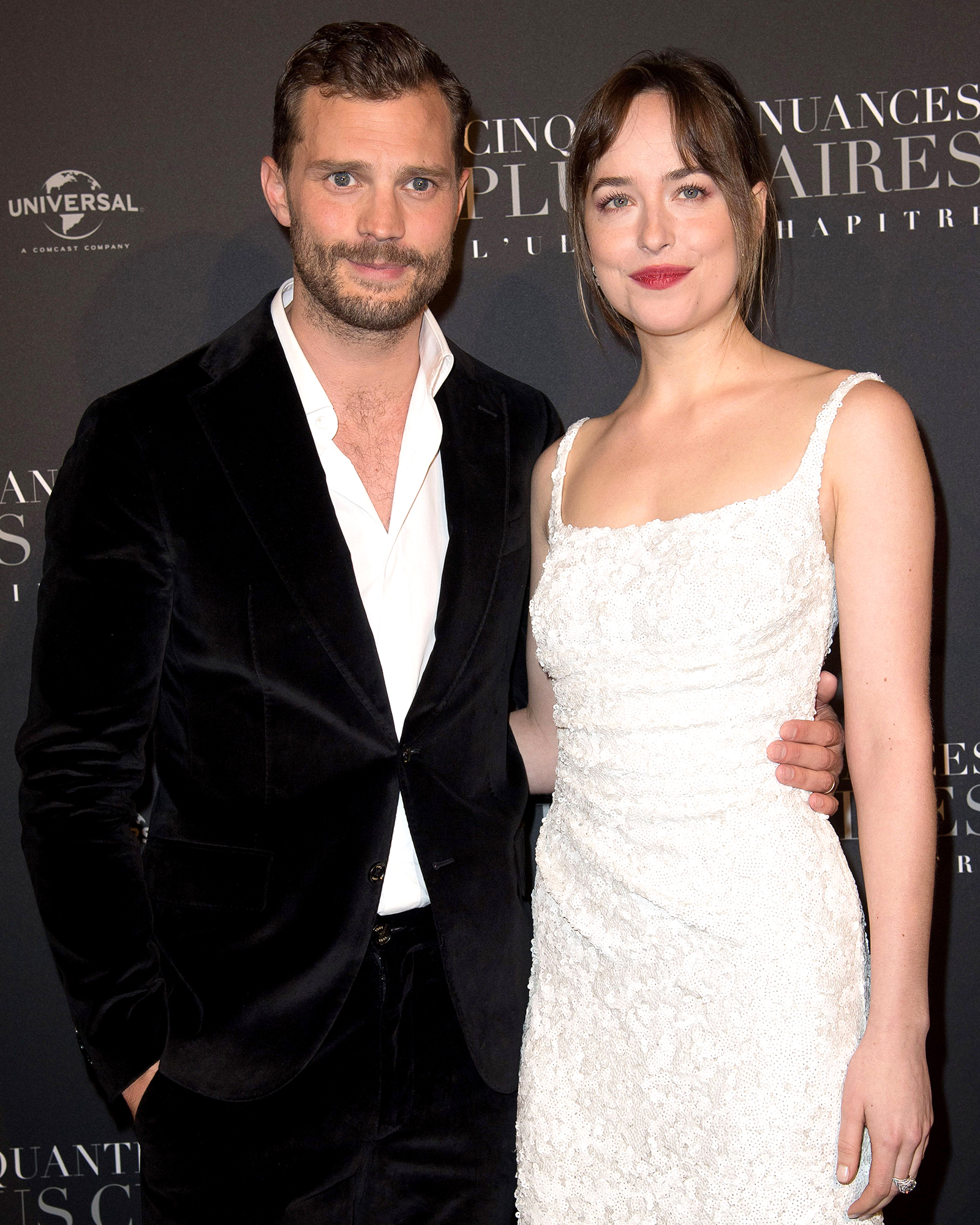 Johnson and Dornan starred opposite one another in the Fifty Shades of Grey film series. While the franchise was in production, it was rumored that the two costars were feuding offscreen.

The U.K.-born star denied the speculation in a 2015 interview with E! News. “Look, people are going to say that because it’s a story and people like to create a little bit of hype leading up to the film,” he explained at the time. “It’s an obvious story to come up with, you know, if I was into the world of coming up with fake stories I’d maybe start to do that on a blog.”

Nearly three years later, Dornan described the nature of his relationship with Johnson. “This is going to sound bad, but it’s almost like brother, sister,” the Trolls World Tour star shared on Jimmy Kimmel Live! in 2018. “Because I am married, and she’s had a lot of relationships in the time that we’ve known each other, you just have this sort of mutual love and respect for each other. And I feel like we know each other so well, and intimately.”

Johnson, for her part, has addressed the alleged tension between herself and Dornan as well. In a February 2017 cover story for Vogue, the Bad Times at the El Royale actress joked: “We hate each other and we’re having an affair, so everybody’s right. How about that?”

At the time, Johnson also spoke out against rumors that she didn’t like the Fifty Shades of Grey franchise. “I’m truly proud of it,” she previously told the publication. “It’s a cool story, and I think it’s different, and different is what I’m about.”