Less than a week after DaBaby apologized for ‘the hurtful comments’ he made at Rolling Loud, the ‘Rockstar’ rapper deleted his statement – just like how several festivals have deleted him from their lineups.

DaBaby’s apology has been, as some fans have said, “DaLeted.” On Aug. 2, DaBaby (Jonathan Kirk, 29) apologized for his homophobic comments at Rolling Loud Miami. Sometime over the weekend, less than a week after issuing the mea culpa, it was gone from his Instagram page. The move comes as more and more music festivals have dropped him from their lineups. Lollapalooza replaced him with Young Thug. New York City’s Governors Ball removed him, as did Day N Vegas, Austin City Limits Music Festival, KS 107.5 Summer Jam, and iHeartRadio’s Music Festival in September.

“I want to apologize to the LGBTQ+ community for the hurtful and triggering comments I made,” DaBaby said in his now-deleted apology. “Again, I apologize for my misinformed comments about HIV/AIDS, and I know education on this is important.” DaBaby made the comments during his July 25 set, saying that “If you didn’t show up today with HIV, AIDS, or any of them deadly sexually transmitted diseases that’ll make you die in two to three weeks, then put your cellphone lighter up.” On the Monday after the event, he posted a video saying that his fans are not “nasty gay n—as” or “junkies.” DaBaby also dropped a music video for “Giving What It’s Supposed to Give,” during which he held up a sign that read, “AIDS.” The video ended, per Pitchfork, with a message that read: “Don’t Fight Hate With Hate. My apologies for being me the same way you want the freedom to be you.”

DaBaby faced widespread condemnation for his comments. Elton John said he was “shocked to read about the HIV misinformation and homophobic statements made at a recent DaBaby show. This fuels stigma and discrimination and is the opposite of what our world needs to fight the AIDS epidemic.” Chris Brown seemingly shaded DaBaby’s DaBigMouth. Miley Cyrus reached out to the rapper, offering to “talk and see how we can learn from each other and help be part of making a more just and understanding future!”

Seemingly lost in the conversation was the other major controversial element of DaBaby’s Rolling Loud set: how he brought out Tory Lanez as a blatant show of disrespect towards Megan Thee Stallion. After DaBaby covered “Cry Baby,” his collab with Meg, before bringing Tory, the man charged over allegedly shooting her in July 2020, on stage. Together, he and DaBaby performed their collab, “KAT,” before covering Megan’s “Cash Shit.” 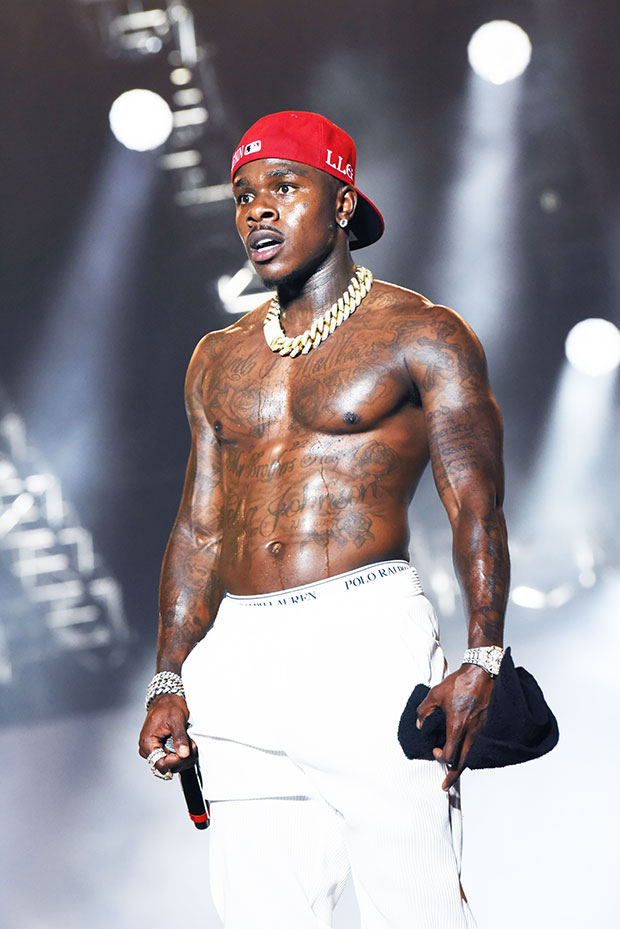 DaBaby and Megan reportedly had a falling out over his work with Tory, and this whole incident was seemingly lost in the homophobia outrage. Azealia Banks shared her opinion on the matter, saying that DaBaby “should have been canceled’ after he was “caught on camera punching a female fan in the face,” referencing a March 2020 incident where he slapped who appeared to have struck him with her phone during his club appearance at Whiskey North in Tampa, Florida, per XXL. The incident was captured on video and went viral on social media. Though DaBaby apologized, the alleged victim, Tyronesha Laws, filed a lawsuit.