Chicago and True are BFFs! The adorable daughters of Kim and Khloe Kardashian were having the best time ever wearing princess dresses and singing songs from ‘Frozen’.

Khloe Kardashian‘s daughter True Thompson, 3, looked like she was having the time of her life during a play date with her cousin Chicago West, 3. The adorable duo, who have been BFFs since the day they were born, were seen doing karaoke in a series of clips Khloe posted to her IG Story on May 23. In the videos, little True wore a blue princess dress with a bright blonde hair extension in the back of her head. “I like your hair,” Khloe was heard saying, referencing the clip-on which was part of the Elsa costume from Frozen.

Meanwhile, Kim Kardashian‘s daughter Chicago opted for a blue and white dress while she performed “Let It Go”. Kim’s adorable mini-me wore her hair in her signature pigtails, and later changed into a bright pink princess dress, as she belted out hits like “Hallelujah” and Lady Gaga‘s “Bad Romance”. Talk about stars in the making!

It comes a few days after the duo posed with their other cousin, Dream Kardashian, 4, for the cutest selfie ever! The trio cuddled up in the sweet pics posted by Khloe. “Are you ready for this cuteness?? I’m not!!” she captioned the May 19 Instagram post, adding the hashtags, “#Cousins #Sisters #GirlsRunTheWorld.”  True, who recently celebrated her third birthday, wore a baby blue dress and accessorized with a silver watch and a matching, heart-shaped pendant necklace. The eldest of the trio, Rob Kardashian‘s daughter Dream, cut an equally adorable figure in a brown dress as she rocked plaits in her hair, and smiled while hugging her cousins. 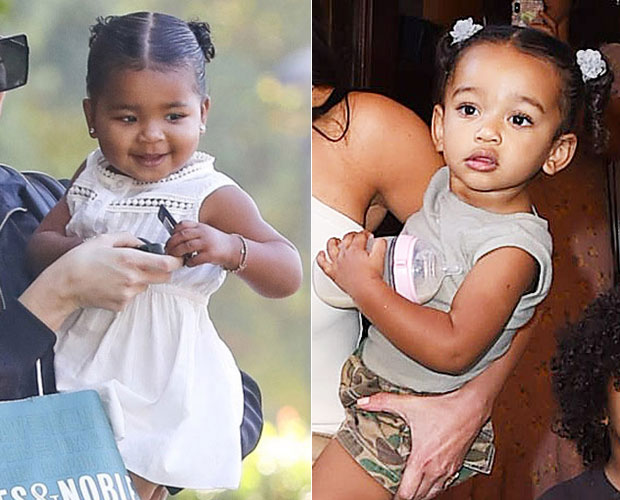 Fans would know that little True recently celebrated her third birthday, and proud mama Khloe revealed the theme was pink galore. The elaborate setup included white tables covered in bright pink table coverings, paper flowers and garlands, vases of pink roses, balloon bouquets and of course, paint! Khloe also showed off a basket full of what True and her cousins were painting: unicorns, dinosaurs and more figures that were left blank so the girls’ painting imaginations could run wild. Too cute!