The former Girls Aloud member was spotted arriving at KISS FM in central London to promote her latest track Let You.

Dressed in an unbuttoned tiger print shirt, Chezza looked hotter than ever as she headed into the studios.

Turning the pavement into a catwalk, the nation’s sweetheart oozed sex appeal.

Flaunting her gym-honed frame, Cheryl flashed her pearly whites as she beamed away for waiting cameras.

Vamping up her look, the yummy-mummy teamed the bright top with black PVC trousers.

Accentuating her killer pins, Cheryl slipped into a pair of statement heels.

She completed her look by rocking large hoop earrings. 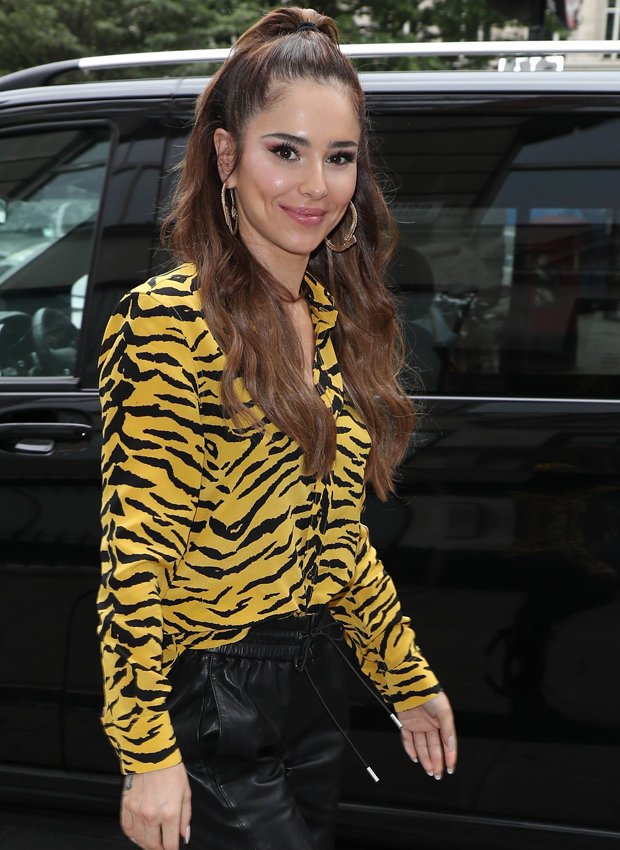 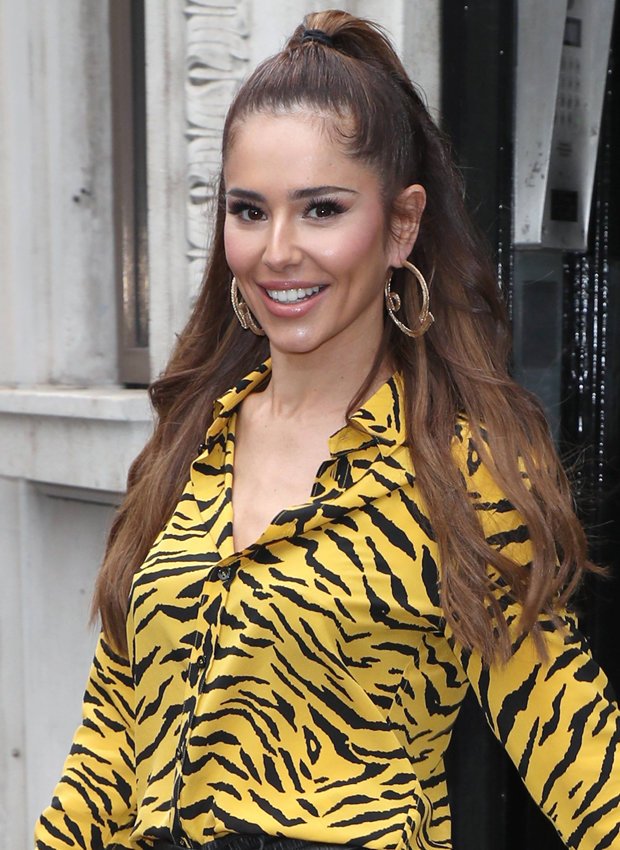 Despite dropping her new single last week, Cheryl surprised fans by not performing at the Britain’s Got Talent final the following Sunday.

However, rather than being snubbed by Simon Cowell’s hit TV show, the absence on stage was simply due to the fact Cheryl’s camp only decided to release her track after Susan Boyle was already booked to perform.

Speaking via Instagram, Cheryl said: “I am just on the way to see the Britain’s Got Talent final, I am excited to see some magic. 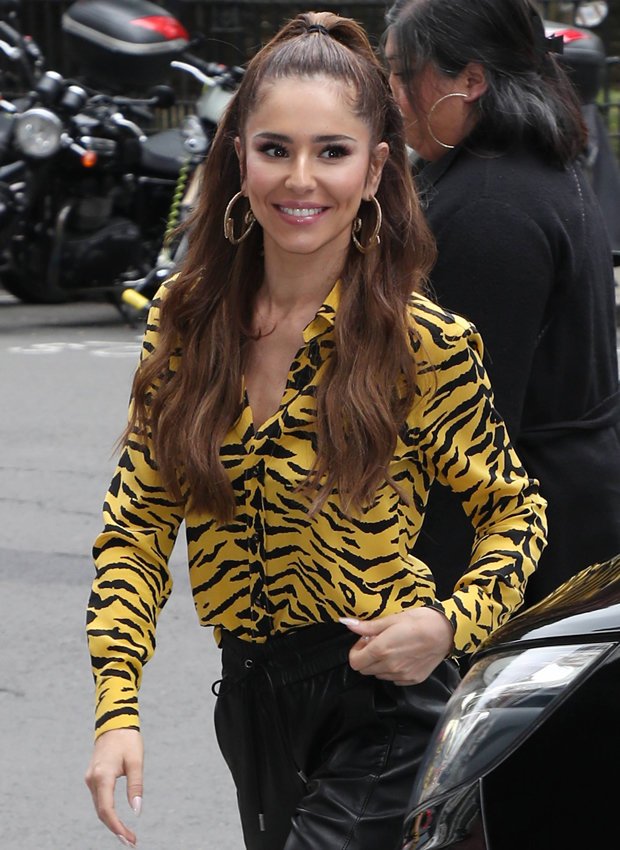 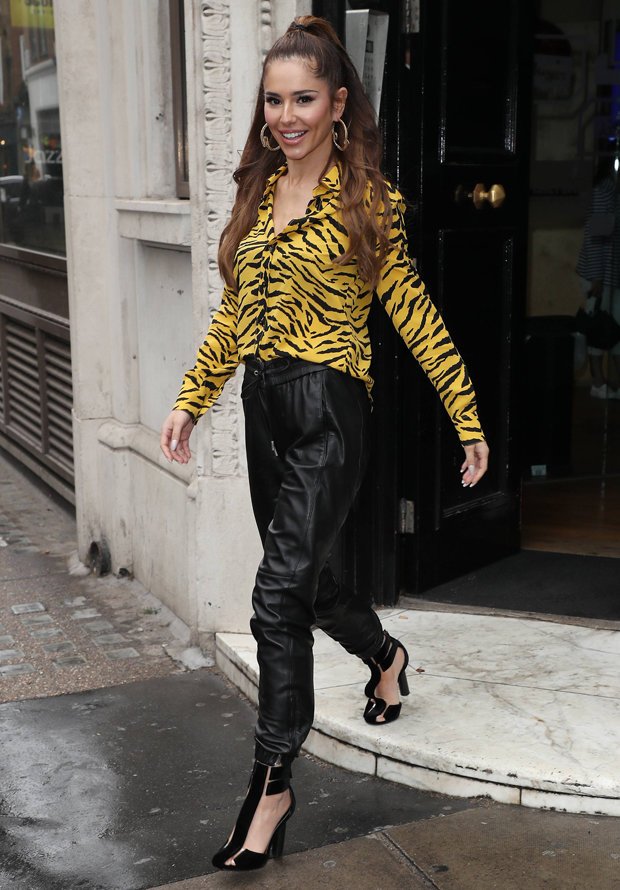 “I’m just reading some of your messages saying why am I not performing?”

Turning to her BFF Lily England in the back of her chauffeur-driven car, Cheryl added: “They wanted variety acts and they already had their music acts booked before I released my single so I am sorry about that.”