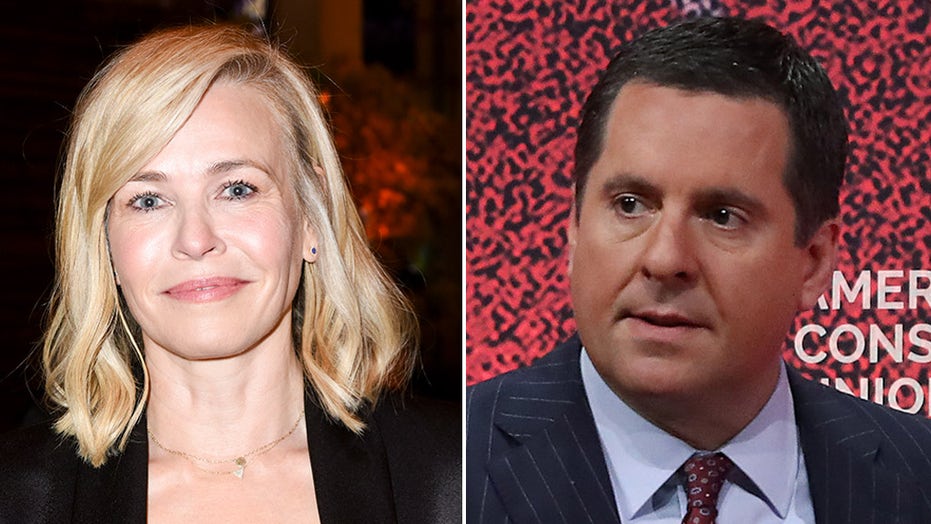 Chelsea Handler isn’t holding back when it comes to her frustration with Rep. Devin Nunes, R-Calif. after the congressman criticized the impeachment inquiry process during his opening and closing remarks at Wednesday's hearing on Capitol Hill, as well as additional statements he made against Democrats on Thursday.

Nunes accused partisan House Democrats of “hijacking” the Intelligence Committee in an attempt to concoct “ludicrous” theories about President Trump’s involvement with Russian officials and slammed the inquiry from Democrats as “the impeachment version of three-card monte, the notorious short-con card trick where the mark – in this case President Trump and the American public – stands no chance of winning."

Nunes’ statements on the inquiry didn’t sit well with Handler, with the liberal comedian taking to Twitter on Thursday to share her disdain for Nunes’ defense of Trump as European Union ambassador Gordon Sondland noted a "potential quid pro quo" situation between Trump and Ukrainian President Volodymyr Zelensky.

“I hope @DevinNunes gets hit by a lime scooter when he leaves the building today,” Handler, 44, tweeted on the fifth day of public hearings in the Trump impeachment inquiry on Thursday.

The talk show host’s comments came just a month after Handler admitted on “The View” that she needed psychotherapy in order to civilly interview conservatives about white privilege for her Netflix documentary “Hello Privilege. It’s Me, Chelsea.”

CHELSEA HANDLER 'NOT EMBARRASSED' BY SEXUAL ATTRACTION TO ROBERT MUELLER

According to Netflix, the documentary shows Handler "explor[ing] how white privilege impacts American culture – and the ways it’s benefited her own life and career."

Handler has been a vociferous critic of Trump, and even called for his impeachment in June after Trump termed semi-automatic rifles “entertainment” during an appearance on “Good Morning Britain” with Piers Morgan.

“Well, a lot of them use them for entertainment, they do,” Trump said in response to Morgan asking him why a private citizen needs a semi-automatic AR-15 assault rifle in their home. 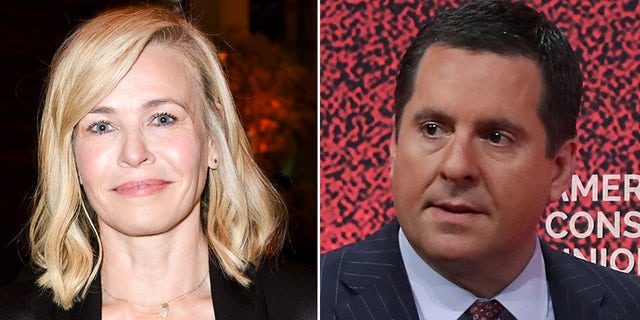 Comedian Chelsea Handler, left, tweeted that she hopes Rep. Devin Nunes "gets hit by a lime scooter" after the politician slammed Democrats for their Trump Impeachment Inquiry.
(Getty)

“For some people, it’s entertainment, they go out and they shoot and they go to ranges and they have a tremendous amount of fun,” the president answered.

Handler took to Twitter to call for Trump’s impeachment over the comments and to bash the National Rifle Association.

“Trump telling Piers Morgan that semi-automatic guns are for entertainment is grounds for impeachment," she wrote. "There are thousands of parents grieving and he calls guns entertainment. I can’t wait to elect a strong leader who has the courage to stand up to the NRA. That will be a leader."