Carol Vorderman took to Twitter last weekend to share a series of snaps before heading to work. The BBC Radio Wales presenter managed to look both cosy and sexy in her outfit of choice.

The Countdown legend, who turned 60 in December, donned a tight white jumper with a hood and a stylish diagonal zip.

She teamed the top with a pair of figure-hugging skinny jeans and completed her look with some over the knee boots.

Carol wore her brunette tresses in loose curls which tumbled over her shoulders for the social media snap.

She could be seen striking a pose for a mirror selfie in a very organised walk-in wardrobe.

One hand held onto her phone, while the mum-of-two placed the other on her hip. 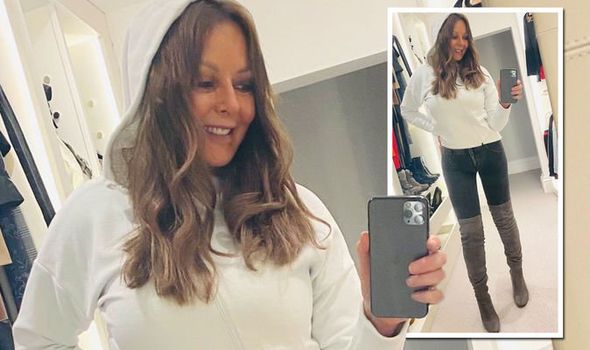 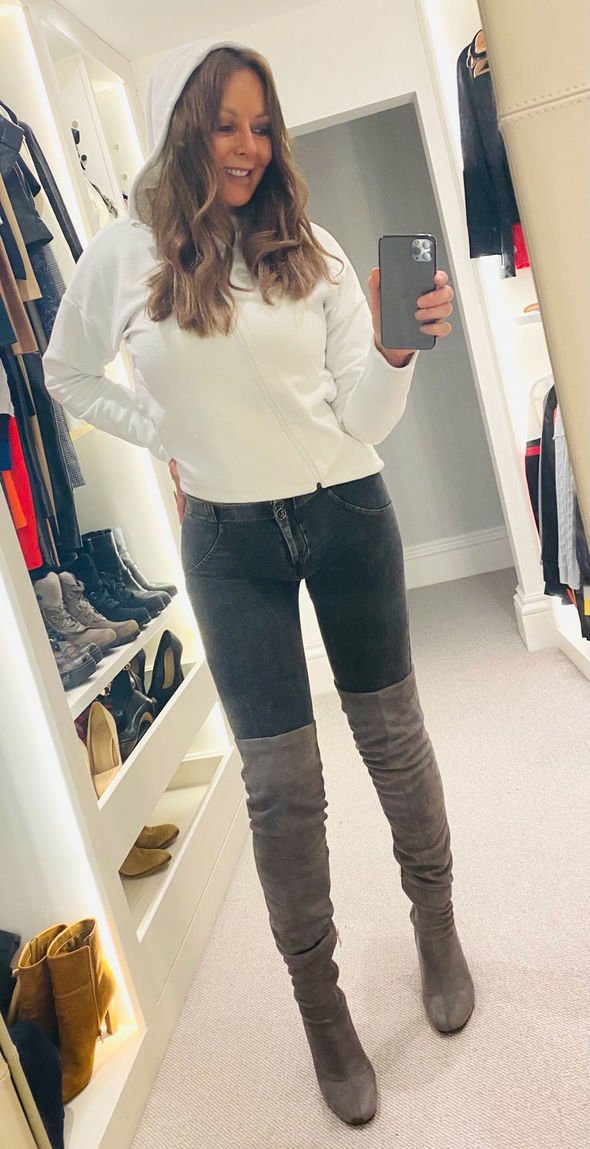 Other pictures saw the TV and radio star pulling an animated face, as she kicked her leg in the air to show off her suede boots.

The last image captured Carol after she left the house to head to work.

She donned a white winter coat which perfectly complimented her outfit.

“I’m all ⁦@UnderArmour today….for the show…” she captioned her snaps, tagging the clothing brand into her post. 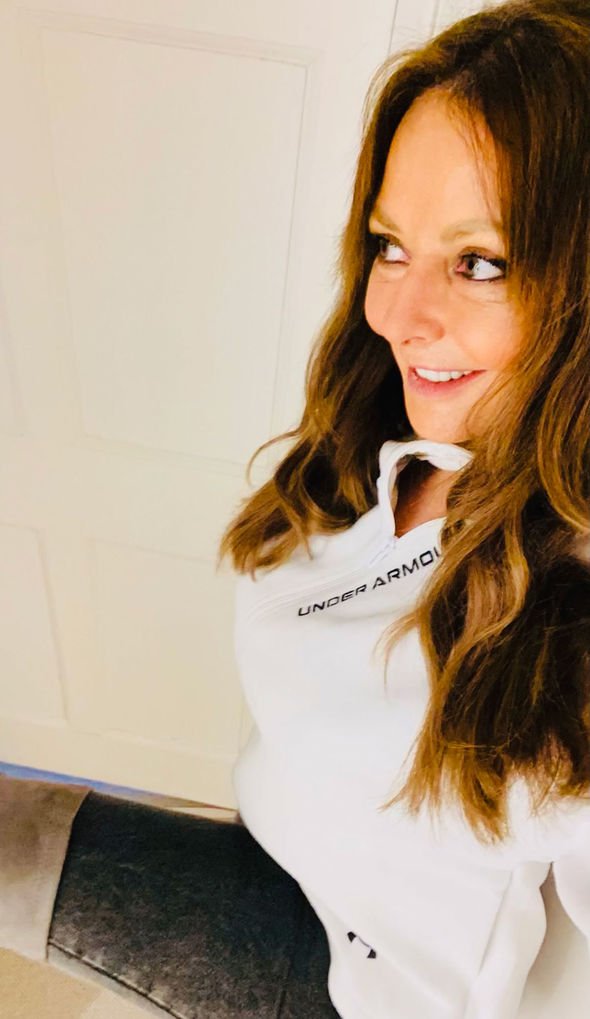 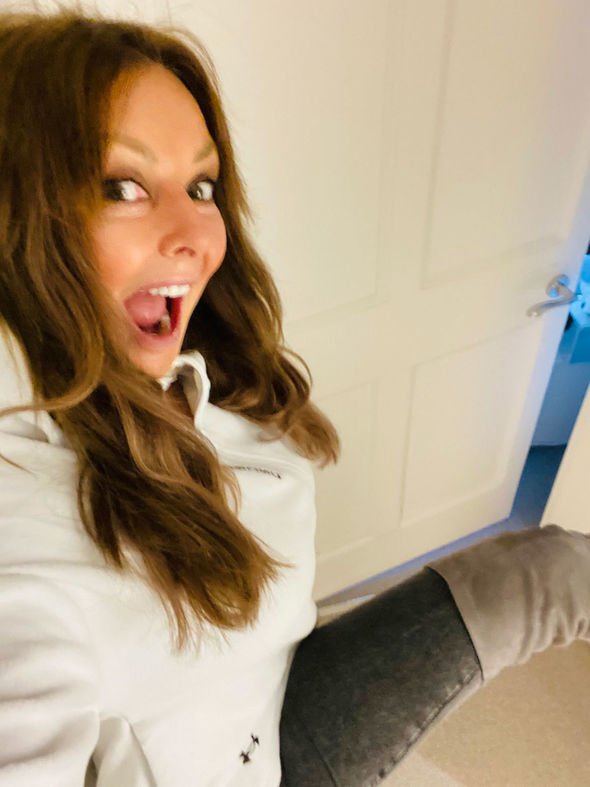 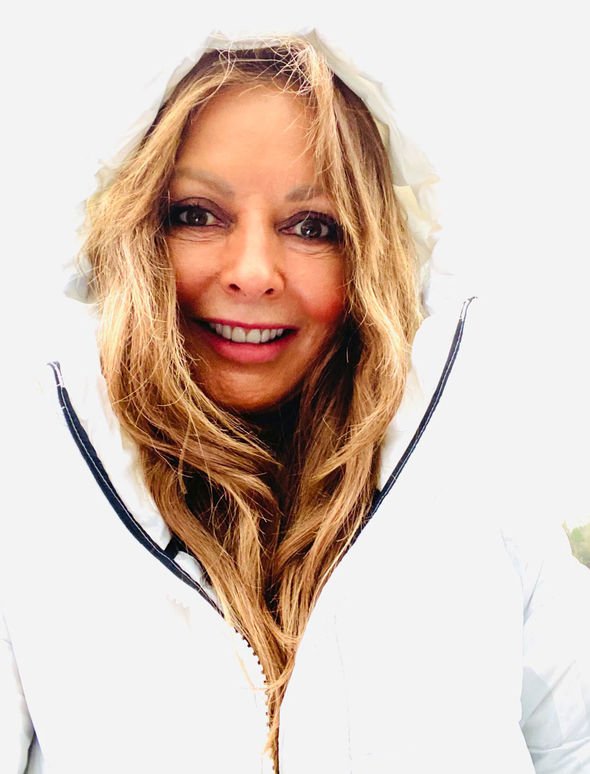 Many took to the comments section to share their thoughts.

A third remarked: “Can’t beat Vorders for style – tightest of tight jeans and thigh high boots what’s not to love about her.”

Carol is due to make an appearance on BBC Morning Live today to talk about her online maths programme, as children return to home-schooling following the half term holiday.

She took to social media last night to tell fans.

“Hello lovelies…. heads up that I’ll be on @BBCMorningLive tomorrow morning talking @themathsfactor and anything else my bud @GethincJones and @msm4rsh fancy throwing my way…” she wrote in view of her 457,400 followers.

“Best get to my pit early. Hope you’ve all had a grand day out/in,” she signed off.

“Ooh exciting! Will watch, love your @themathsfactor,” one person wrote in the comments section.

“Yay. I will be watching you. Do you know what time you will be on? I normally record it and watch it after homeschooling but will sneak it on live being as you will be on it,” other parent added.

Carol tagged host Kym Marsh into her post, so viewers could see the presenter return to the show following a short break, after undergoing surgery on two hernias.

Strictly Come Dancing pro Janette Manrara made her presenting debut on the programme when she stepped in for the recovering host.