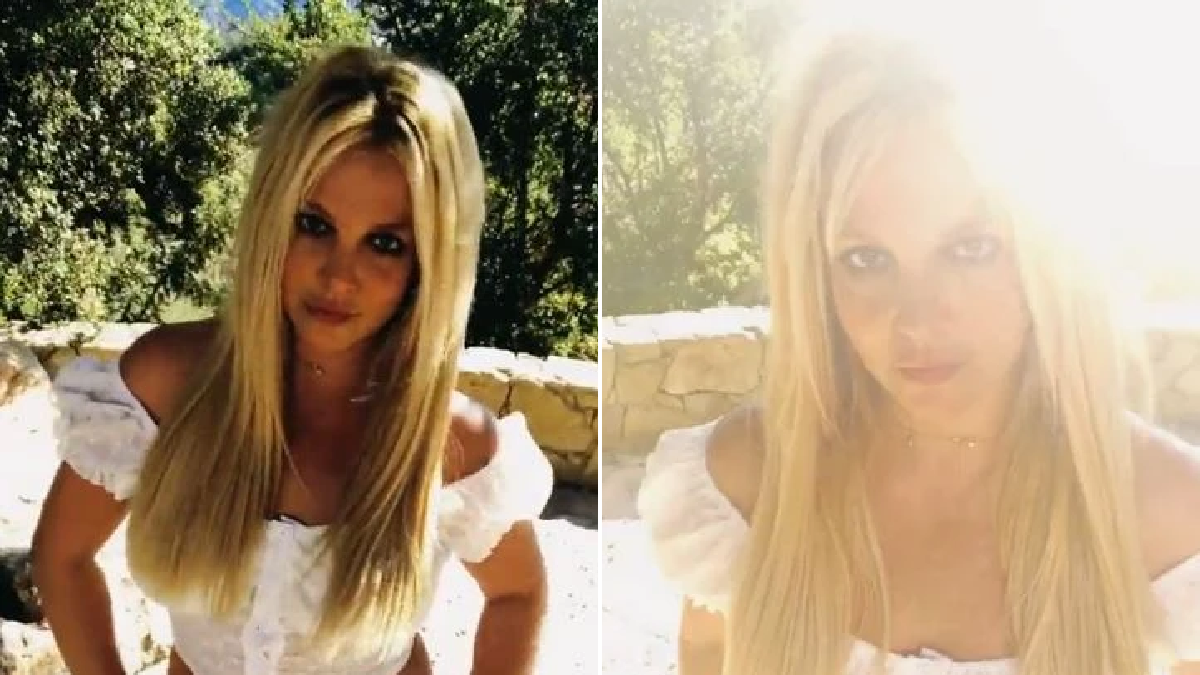 Britney Spears has spoken out to thank her fans for ‘freeing’ her from her conservatorship.

Last week, a judge suspended the Stronger singer’s father Jamie from her conservatorship after 13 years, months after she described the order as ‘abusive’.

Jamie, 69, had control over the star’s personal life and finances after the conservatorship was put in place to protect her mental health in 2008.

Britney said she sobbed over her fans for two hours and addressing them in a statement, wrote: ‘#FreeBritney movement … I have no words … because of you guys and your constant resilience in freeing me from my conservatorship … my life is now in that direction !!!!!

Britney has been busy celebrating since her seismic legal victory over her father, having recently bared all in cheeky nude snaps.

#FreeBritney movement â¦ I have no words â¦ because of you guys and your constant resilience in freeing me from my conservatorship â¦ my life is now in that direction !!!!! I cried last night for two hours cause my fans are the best and I know it â¦ pic.twitter.com/7OpsOKoHNc

The pop superstar shared the pictures on Instagram, with only pink flower emojis protecting her modesty.

Britney was seen fully naked while posed for the camera and in other photos covered her chest with her hands after going topless on the beach.

‘Playing in the Pacific never hurt anybody,’ she wrote.

In a separate video, also shared with her more than 34 million followers, Britney was seen relaxing on a boat with fiance Sam Asghari and also frolicked in the sea topless.

‘A beautiful day here in paradise celebrating,’ she captioned the post.

Jamie, who has long had a complicated relationship with his daughter, strongly protested against his removal from the conservatorship that has controlled the star’s life since 2008.

However, judge Brenda Penny ruled his continued involvement was no longer in Spears’s best interests.

The move was met with jubilation from both Britney and her worldwide following.

She responded by saying she was on ‘cloud 9’ while her fans celebrated wildly outside the court building.

The conservatorship could now be wound up before the end of the year, turning the page on one of the most controversial chapters in recent pop history.