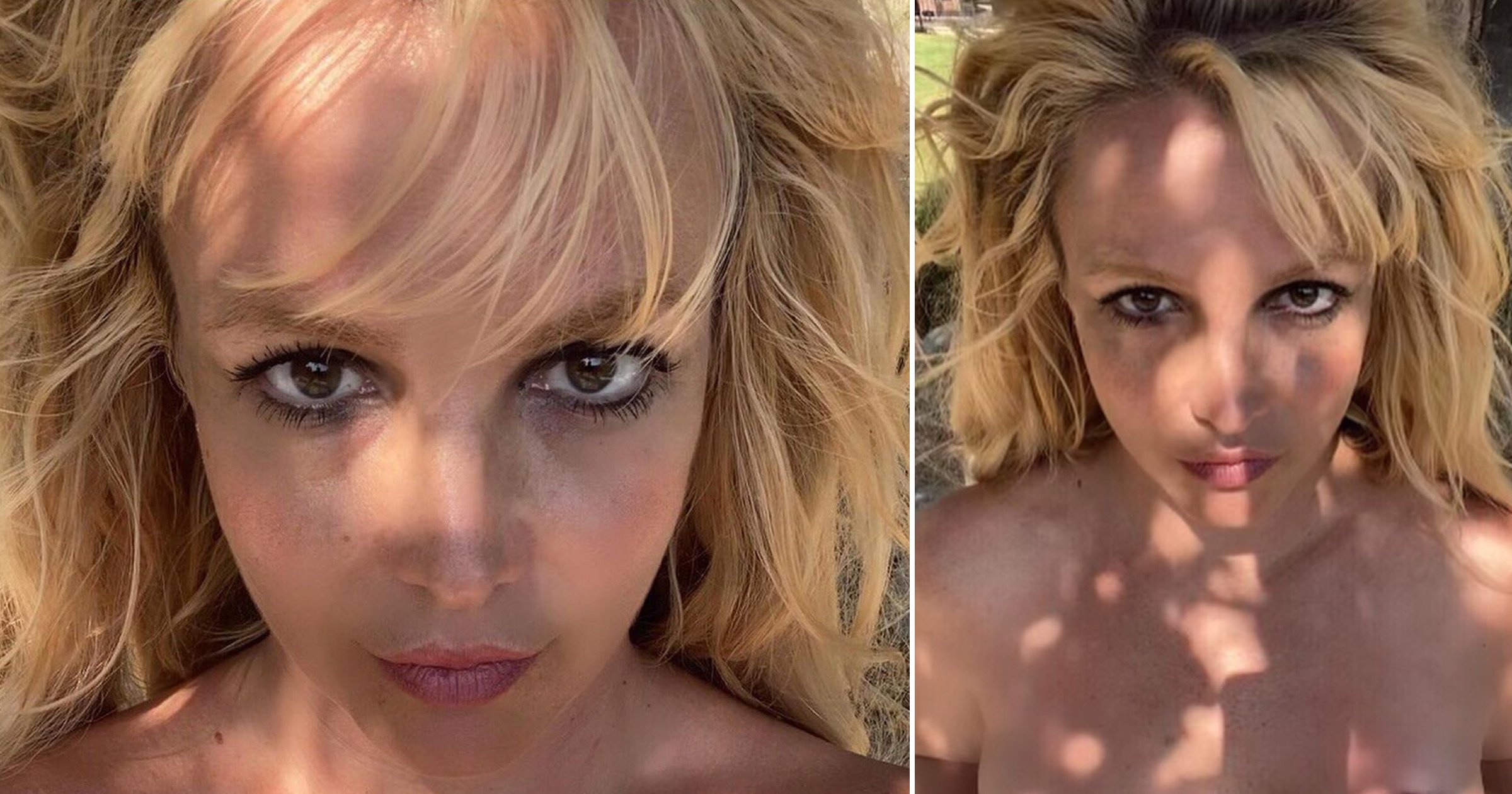 Britney Spears has spoken out about her body image, admitting she feels ‘happier’ when she is heavier than when she is at her slimmest.

The singer, 39, who is currently battling to get the conservatorship she has been under since 2008 removed, shared a pair of selfies in her garden.

She told her followers: ‘It’s really weird whenever I try to slim down it usually starts with my legs first… then my stomach… then my face… and that’s when I know I’ve actually lost weight!!!!

‘When you swipe to the second pic you can actually really see how slim my face is but I’m not so sure I like it… In the old days when women were heavier they were considered more attractive to men because it was a sign of wealth!!!!’

Britney added: ‘I have a couple of throwback dances from this summer where I looked heavier but it’s weird cause I think I was happier!!!!

The Toxic singer had a victory in her court case this week after her father Jamie Spears stepped down as co-conservator of her finances.

A judge had earlier denied her request to have Jamie immediately removed from the position, with a hearing scheduled for September to discuss his removal.

However, TMZ reported on Thursday that Jamie had filed the paperwork voluntarily at Los Angeles Superior Court to remove himself from the conservatorship.

According to the publication, Jamie’s lawyer states in the documents: ‘There are, in fact, no actual grounds for suspending or removing Mr. Spears as the Conservator of the Estate … and it is highly debatable whether a change in conservator at this time would be in Ms. Spears’ best interests.

‘Nevertheless, even as Mr. Spears is the unremitting target of unjustified attacks, he does not believe that a public battle with his daughter over his continuing service as her conservator would be in her best interests.

‘So, even though he must contest this unjustified Petition for his removal, Mr. Spears intends to work with the Court and his daughter’s new attorney to prepare for an orderly transition to a new conservator.’