It’s always refreshing when a famous musician admires another so much that they actually cover one of the other artist’s songs. In one of the most recent cases that proves that point, megastar Miley Cyrus took on Billie Eilish’s newest single, and the world — and Eilish herself — went wild for it. Billie Eilish’s gift to Miley Cyrus after her “My Future” cover will fill your heart with joy.

Eilish released "My Future" at the end of July and the lyrics are so reflective of the year 2020. “It’s a song that’s really, really personal and special to me," Eilish explained in a fan email sent the day she dropped the tune. "When we wrote this song, it was exactly where my head was at — hopeful, excited and a crazy amount of self-reflection and self-growth. But recently it has also taken on a lot of new meaning in the context of what’s happening in the world now. I hope you can all find meaning in it for yourselves."

The song was also somewhat similar in meaning to Cyrus’ single "Midnight Sky," which dropped on Aug. 14. In both songs, the artists sing about belonging to no one but themselves and embracing their freedom. So when Cyrus stopped by BBC Radio 1’s Live Lounge on Sept. 1 and delivered a powerful performance of "My Future," it got a lot of attention.

Eilish shared her thanks to Cyrus for the cover by sending her a beautiful bouquet of flowers with a sweet note. 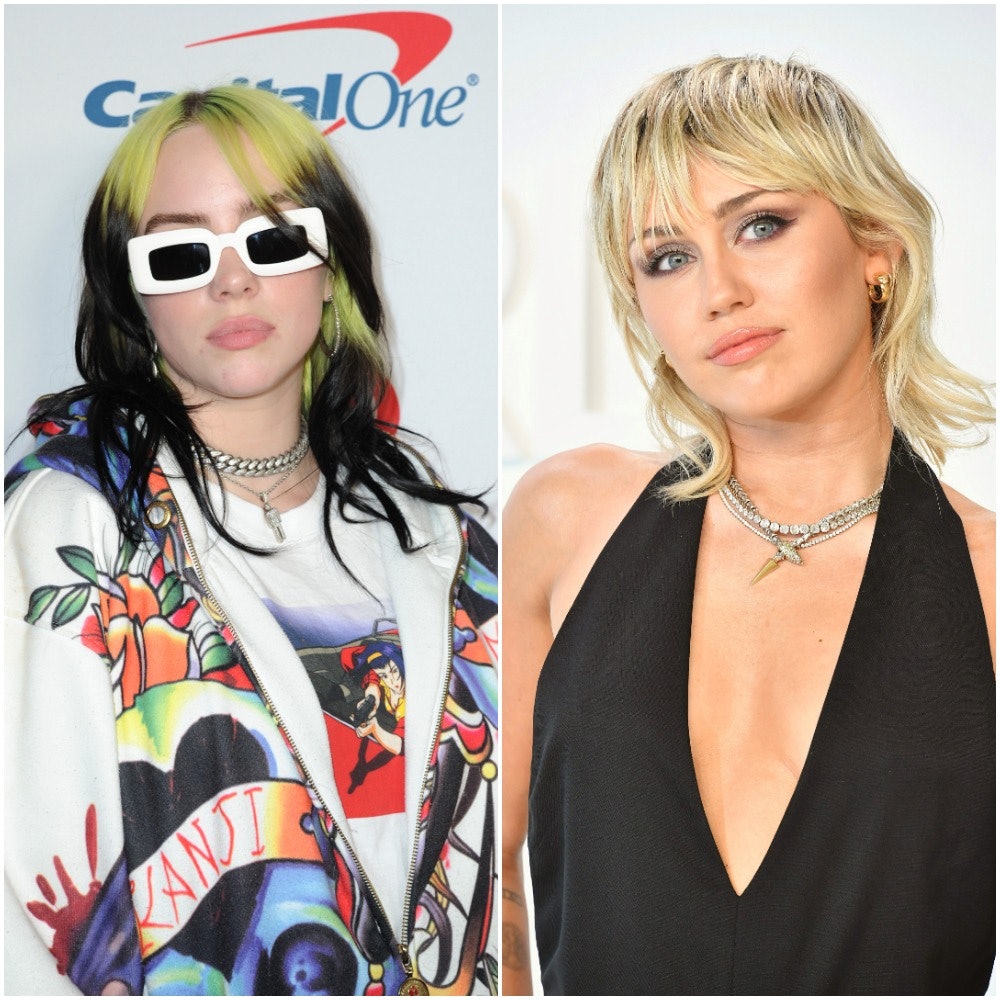 "Hopefully we can meet when this is all over," the card that accompanied the bouquet read, along with a thank you.

Cyrus was clearly thrilled to receive the gift and shared a photo of it on Twitter, writing: "ROCKSTAR @billieeilish COMING THRU WITH THE MOST BEAUTIFUL BOUQUET EVVVVVVEEEER! MADE MY F*CKING DAY! APPRECIATE YOU AND YOUR ART!"

It’s clear the two pop stars have a ton of love for one another. Here’s hoping for a collaboration in the future.