Rachel Lindsay, 35, deactivated her Instagram account last week after receiving harassment from some online followers and now The Bachelor‘s executive producers are speaking out about it. The former contestant of the reality series was faced with criticism after conducting a controversial interview that brought up race with host Chris Harrison, 49, and an eye-catching message that was posted on the official Bachelor Nation Instagram account came to her defense.

“As executive producers of The Bachelor franchise we would like to make it perfectly clear that any harassment directed towards Rachel Lindsay in the aftermath of her interview with Chris Harrison is completely inexcusable,” the Mar. 1 message read. “Rachel has received an unimaginable amount of hate and has been subjected to severe online bullying, which, more often than not, has been rooted in racism. That is totally unacceptable.”

“Rachel has been an incredible advocate for our cast, and we are grateful that she has worked tirelessly towards racial equity and inclusion,” the producers concluded. 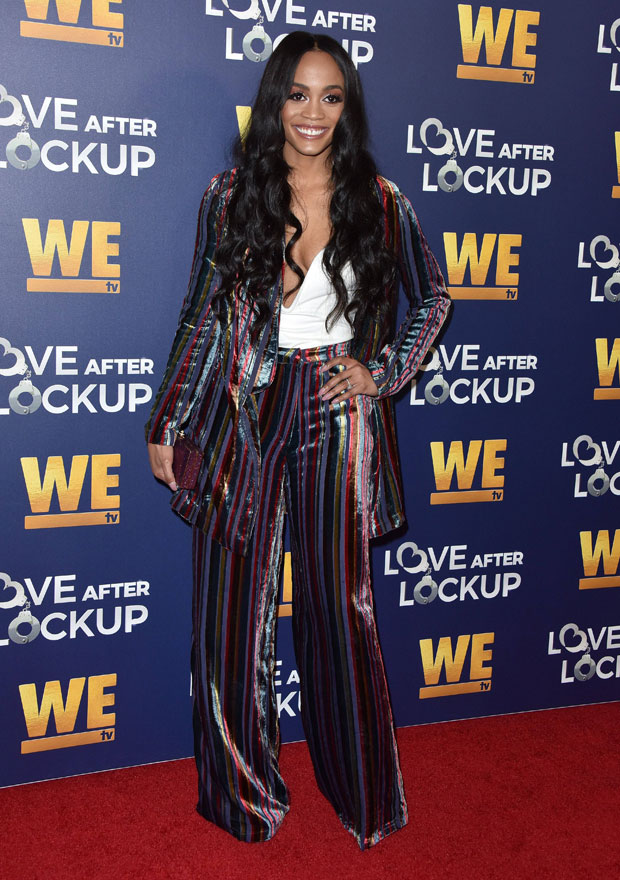 The message from the producers comes less than a month after Rachel’s interview with Chris aired. In it, he defended season 25 Bachelor contestant Rachael Kirkconnell after past photos appearing to show her attending an Old South-themed party in college brought on racist accusations. He later received controversy for sticking up for her and eventually apologized on social media as he also revealed he was “stepping aside” from the Bachelor franchise “for a period of time.”

After Chris’ public message was shared, Rachel EXCLUSIVELY told HollywoodLife that she hopes he will “educate himself” moving forward and she’s “happy to see that he’s getting education to be more productive and more profound in his level of understanding in regards to this issue.”

Her positive hopes for Chris didn’t stop the harassment she received from many followers, who still critiqued their interview. After deleting her Instagram account on Feb. 26, her friend and co-host of The Higher Learning podcast, Van Lathan, posted a video, which can be seen above, that confirmed she deleted it because of the negative messages she was getting.

“Rachel Lindsay disabled her Instagram earlier today. She did it because that’s how much hate she’s getting from Bachelor fans who are spamming her with all kinds of rude and hateful things,” he said in the clip before telling people to “get a life” and “Rachel is not responsible for Chris Harrison.”

Rachel’s husband Bryan Abasolo also came to her defense by posting a cozy photo of the two of them along with an encouraging message. “I love you, I appreciate you, I believe in you and I just wanted to let you know how proud of you I am. Keep going and never stop being you and fighting for what’s right ❤️🙏🏼,” it read.