Mila Kunis and Ashton Kutcher met on That ‘70s Show but they didn’t start dating until years later. When they finally reconnected and their romance began, The Ranch star asked Kunis to stop calling him one nickname that went back to their days as teen co-stars.

Shortly after getting out of serious relationships — Kunis with Macaulay Culkin and Kutcher with Demi Moore — the actors ran into each other at the 2012 Golden Globes. As Kunis has since noted in several interviews, she noticed an attractive guy backstage only to realize it was her former That ‘70s Show co-star.

They talked and Kutcher invited Kunis to his housewarming party later that month. Fast-forward to the party and sparks flew. The couple shared their first kiss — not counting the years they spent as love interests on That ‘70s Show — that night.

In a 2016 interview on The Late Late Show with James Corden, Kunis recalled how she and Kutcher were initially friends with benefits.

“We literally shook hands and we were like, ‘We’re gonna have fun because we’re both single and young.’ Three months later, we’re living together, six months later, we’re married and have a kid … We clearly didn’t watch the end of either one of our movies.”

In a 2018 episode of Armchair Expert, Kunis explained to host Dax Shepard how she and Kutcher got together. In the process, she revealed the one thing her now-husband has ever asked her to do; stop calling him “Kutch.”

She continued, saying the nickname went back to their friend days.

“Now I just call him ‘babe’ probably, or ‘a**hole’, whatever comes out first,” she said with a laugh. 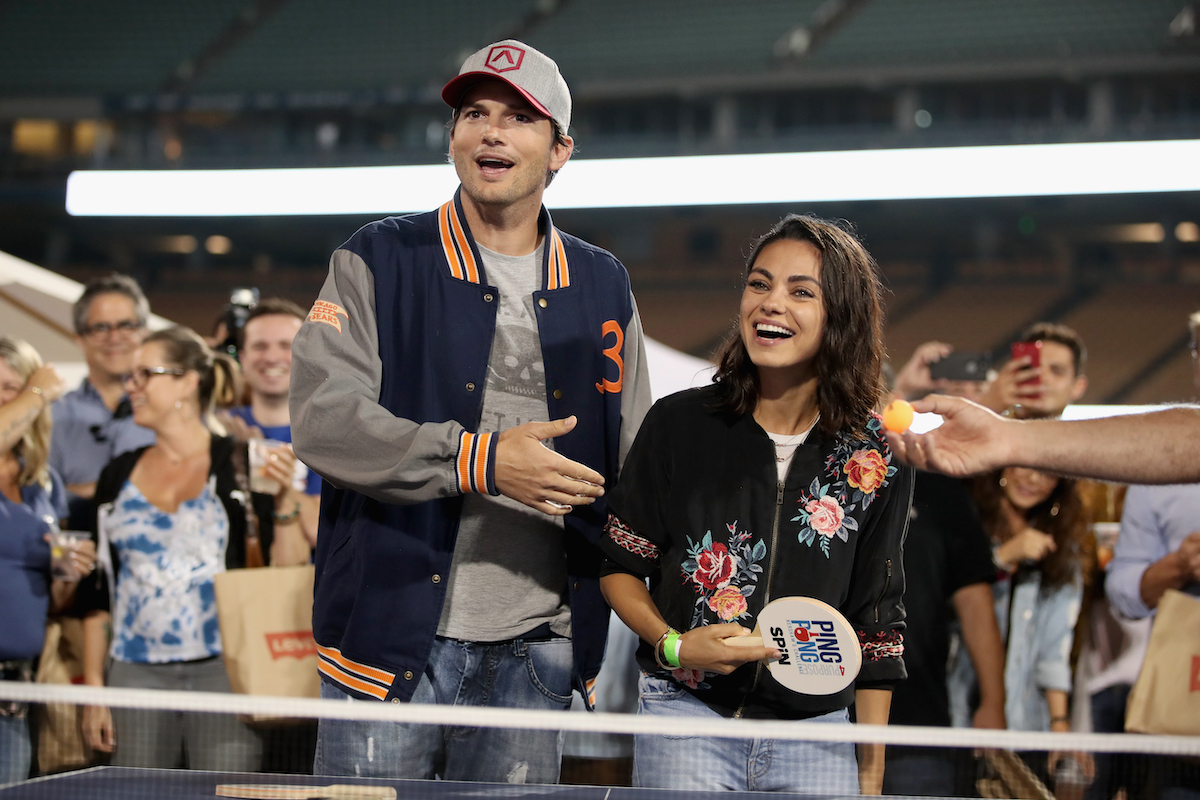 Kunis also noted when she’s with Kutcher in Iowa, she calls him by his first name. Not Ashton but Chris. The actor’s full name is Christopher Ashton Kutcher.

Kunis and Kutcher’s love story is almost unbelievable. Even they have trouble believing they’re a couple and they’ve been married since 2015. In a February 2021 interview with Access Online, Kunis expressed her shock at how her life’s turned out.

When asked what her younger self would think of her being with Kutcher, the Bad Moms star confessed she probably would’ve been surprised.

“I joke about it, but my husband and I were two very different people 15, 20 years ago when we reconnected eight years ago,” Kunis said. “And anyone that ever tells you, ‘Oh, I saw this coming,’ is lying. This is not one of those things, so we’re still as shocked as anyone.”