Ariana Grande thought she’d end up with an identical wax figure, but it wasn’t a match.

Madame Tussauds London recently unveiled its figure of the 25-year-old pop star, and fans couldn’t help but point out the dissimilarities between the two. Grande herself joined the chorus of confusion when she took to Instagram to demand some answers.

“I just wanna talk,” she commented on a fan account that reposted a photo of her controversial wax figure. 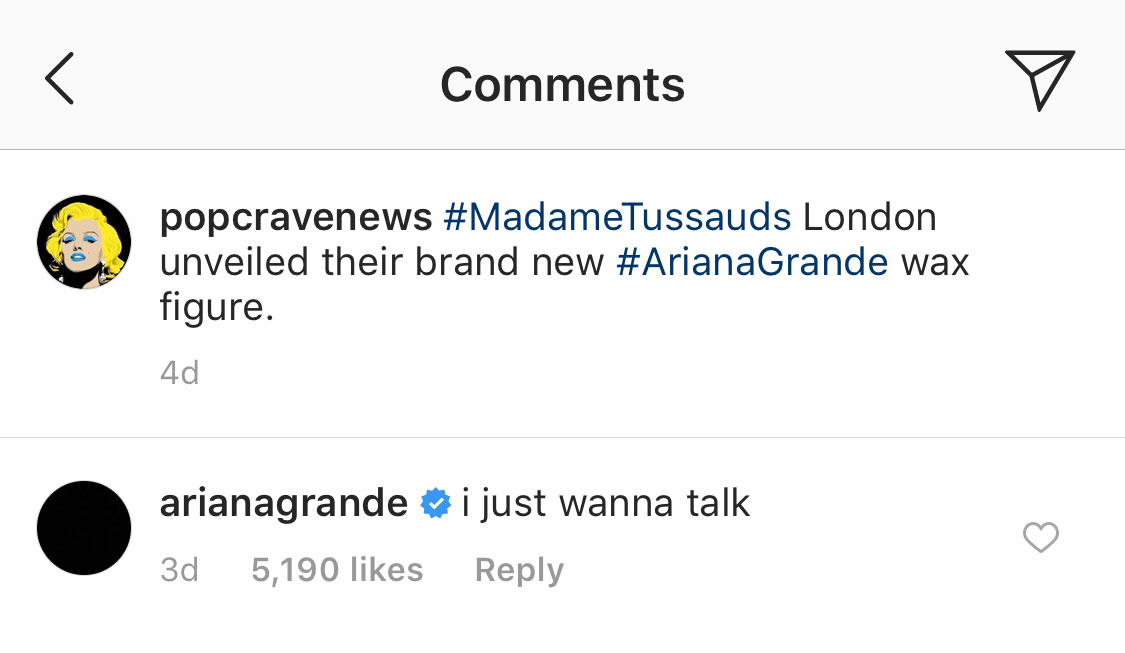 Madame Tussauds, meanwhile, seemed pleased with the final result of the replica, tweeting that its sculptors and artists “nailed” Grande’s style with an oversize sweatshirt and over-the-knee boots.

A third user wrote, “I hate Ariana’s new wax figure. Its not her face. She deserves more respect you know. She’s the best pop female singer in the world and all you can do was this. Even older wax figures were a little bit better but this no way. They need to Create a new one beacuse [sic] this ain’t it.”

Of course, Grande is not the first celebrity whose wax likeness has raised eyebrows over the years. Other missteps have included Prince Harry and Duchess Meghan, President Donald Trump, Justin Timberlake, Jennifer Aniston, Leonardo DiCaprio, Naomi Campbell and Beyoncé.

Tom Brady’s figure at Dreamland Wax Museum was also a major fumble, prompting the Boston staple to invite the New England Patriots quarterback, 41, “to come by and sit in for a measurement session” in 2017 to correct it.