In the sumptuous video, which was filmed in Cambodia in Jolie’s own property, the Oscar-winning actress is draped with a sheer sheet, baring her entire back and revealing her intricate body tattoos. Jolie also dons the prettiest slip gown as she steps outside of the house and is caught in a shower.

Jolie looks incredible throughout the campaign, with the visuals capturing her elegance and natural beauty. The video is set to classic hit “Wild Thing” by The Troggs, reminding viewers of Jolie’s daring and mysterious side.

Jolie has been working with Guerlain for several years and recently visited the brand’s flagship store on the Avenue des Champs-Élysées. The actress and director met with Guerlain’s Master Perfumer Thierry Wasser during the trip. Guerlain shared a photo of the event on Instagram and wrote, “Since 2017, Angelina Jolie has been the muse of Mon Guerlain, the House’s new feminine fragrance, created by duo Thierry Wasser, Master Perfumer, and Delphine Jelk, Guerlain Perfumer.” ⠀⠀⠀⠀⠀⠀

Mon Guerlain Intense will hit stores in late August. You can shop the original fragrance, which includes notes of lavender, sambac jasmine, and sandalwood, right now: 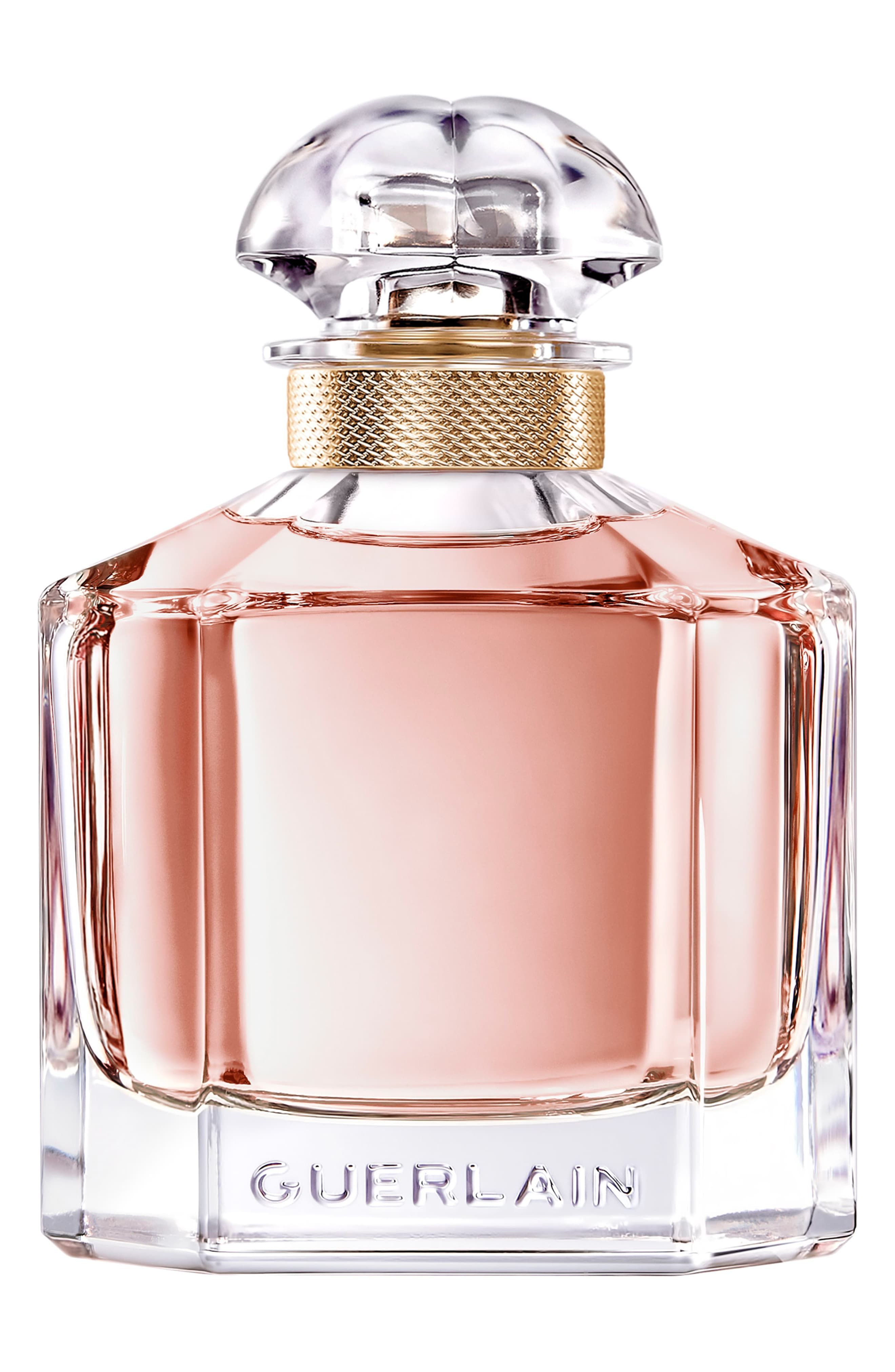