Danni Menzies, 32, has taken to Instagram with an announcement to say that she will be taking some time off from social media. It comes after the A Place In The Sun star told how she was “taken out” by a moped and shared an image of the damaged vehicle on her stories.

She addressed her 103,000 followers as she shared the captioned shot in black and white.

Danni penned alongside the image: “Sooooo…. On Saturday I was taken out (on the pavement!) by a stolen moped that lost control.

“I’m sure I will be fine in a few weeks but in the meantime I will be a wee bit quiet on here.” 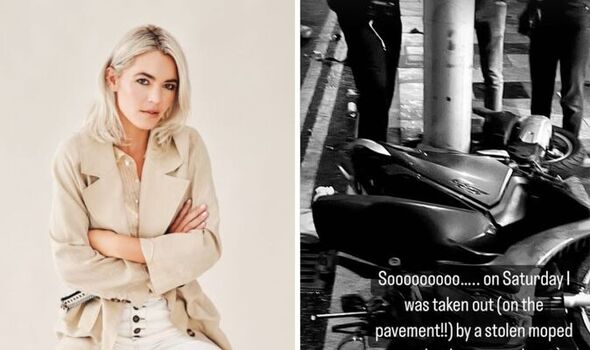 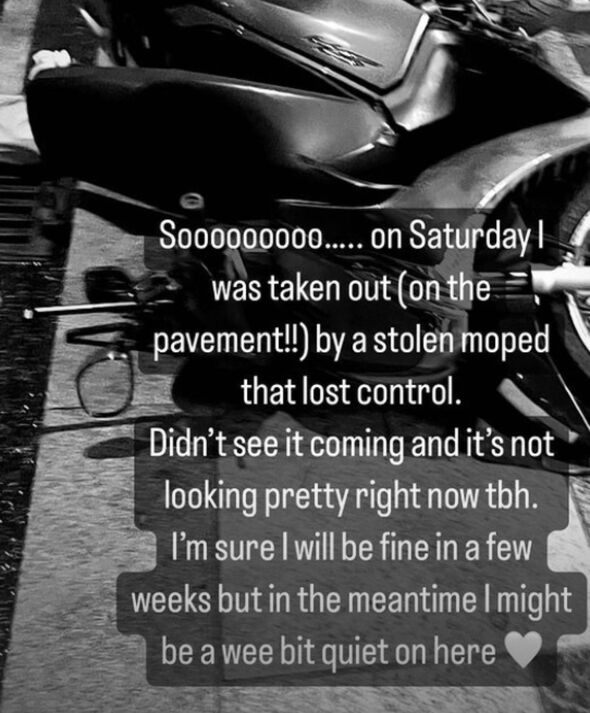 The star is best known for her presenting role on the Channel 4 show where she helps Brits abroad find their dream homes.

However, Danni confessed earlier this year that she had other ambitions for her career.

The 33-year-old, who filmed at the start of this year for Formula Woman Racing and Formula E, said that not enough women were involved in motorsports.

She furthered that this had affected her own career choices growing up. 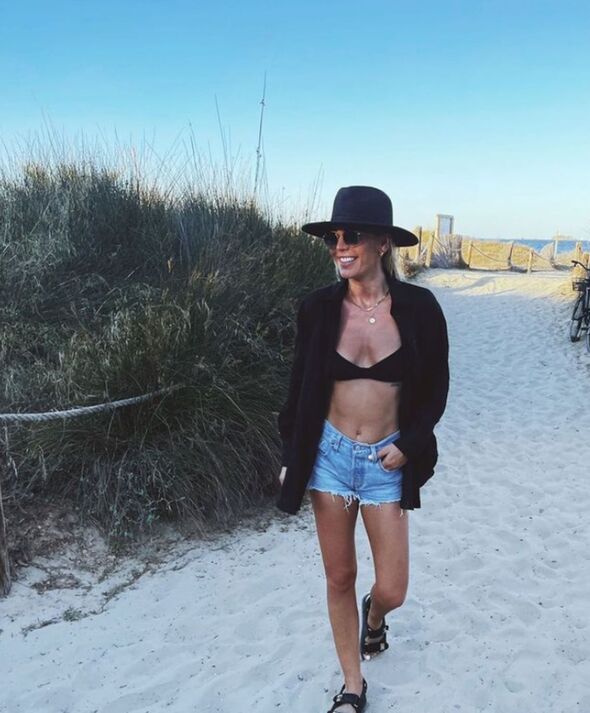 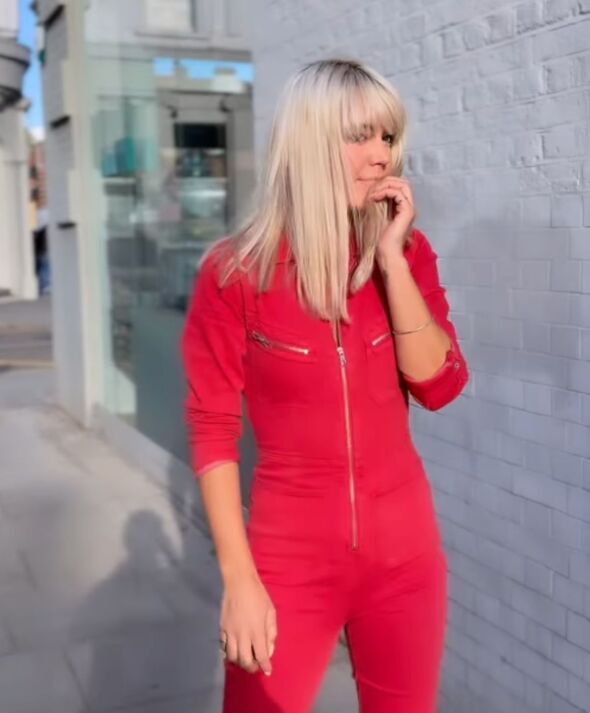 “When I was growing up I loved cars and I would have loved to have tried to do some sort of driving stuff,” she told MailOnline in June.

“It just wasn’t even something you would even think about or talk about or do – because girls just didn’t do it. And that sucks.

“I never saw any girls when I was moving into presenting fronting anything car related.

“If I’d seen a woman on Top Gear 10 years ago, I probably would have made different choices.”

The Scottish presenter stressed it was very important for women to become more involved in the industry.

She expressed a desire to present a younger, “cooler” Top Gear one day with electric cars.

Danni revealed in March that she thinks there is less sexism in the sport these days.

Speaking to Express.co.uk she had said at the time: “I think there used to be [a lot of sexism surrounding the sport].

“Now everyone’s trying to sort of even things out and give women the same opportunities as men.”

Danni once appeared in an event in which she out-raced 30 male contestants to win.

But she doesn’t believe female contributions are always recognised or that they get the credit that they deserve.