ICYMI, people across the globe headed outside to catch a sighting of the Great Conjunction of Jupiter and Saturn, aka the "Christmas Star," on Monday, Dec. 21. The rare spectacle, which occurred the same day as the winter solstice, treated stargazers to an illusion in which Jupiter and Saturn appeared to meet together in the skies. If you weren’t able to catch a glimpse, don’t fret, you can still take in the awesomeness (yes, it is awesome) when you check out these 15 photos of the "Christmas Star." They will seriously blow your mind.

The meeting of the planets in what’s known as a Great Conjunction was viewable on Dec. 21, according to Astronomy. Though a Great Conjunction happens once every 20 years when Jupiter’s 12-year trip around the Sun coincides with Saturn’s 30-year-long orbit — this year’s celestial alignment was the closest Jupiter and Saturn have gotten since March 4, 1226, according to a Nov. 19 statement from Patrick Hartigan, a professor of physics and astronomy at Rice University in Houston, Texas. The planetary phenomenon created a glimmering light that’s fittingly been referred to as the "Star of Bethlehem" or the "Christmas Star," especially due to its timing only a few days from Christmas on Dec. 25.

This year’s conjunction was visible to the naked eye just after sunset at 4:30 p.m. ET and before the planets set around 6:45 p.m. ET, Walter Freeman, assistant teaching professor in the department of physics at Syracuse University’s College of Arts and Sciences in New York state, told CNN. During that time, stargazers were able to see the planets clearly in the evening skies, making for a fascinating once-in-a-lifetime spectacle. If you missed the rare sight on Monday evening, you’ll want to check out these photos of the "Christmas Star" from people around the world.

Celebs like Orlando Bloom even joined in on the stargazing fun. The actor shared a picture on Instagram of his view through a telescope, writing, "Just a reminder of how tiny we are in the great scheme of things."

The Christmas Star shone brightly amidst the city skyline in San Francisco. In the first photo, you can almost see Saturn’s rings. 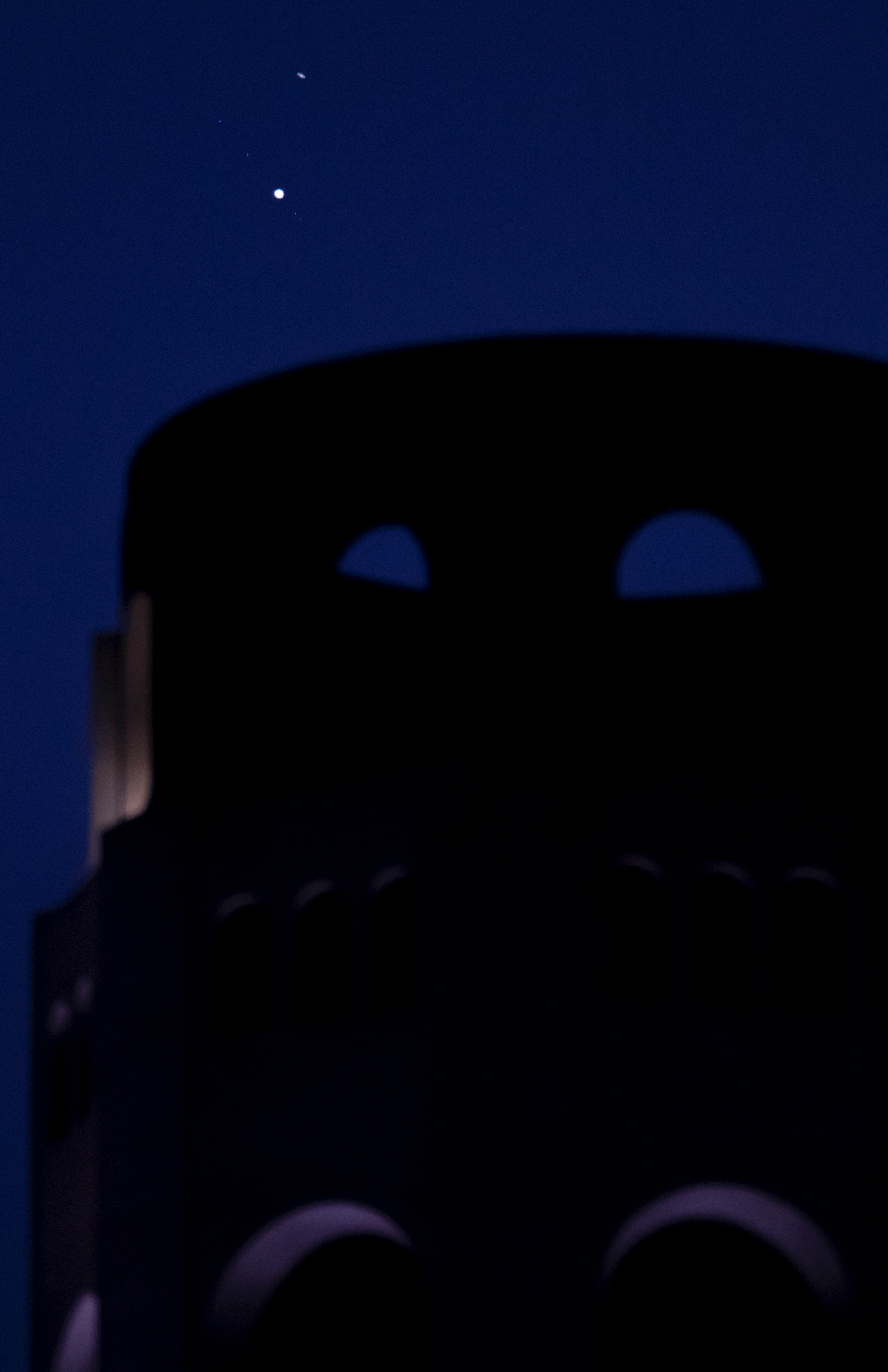 There were a few clear shots that really had the planets shining. 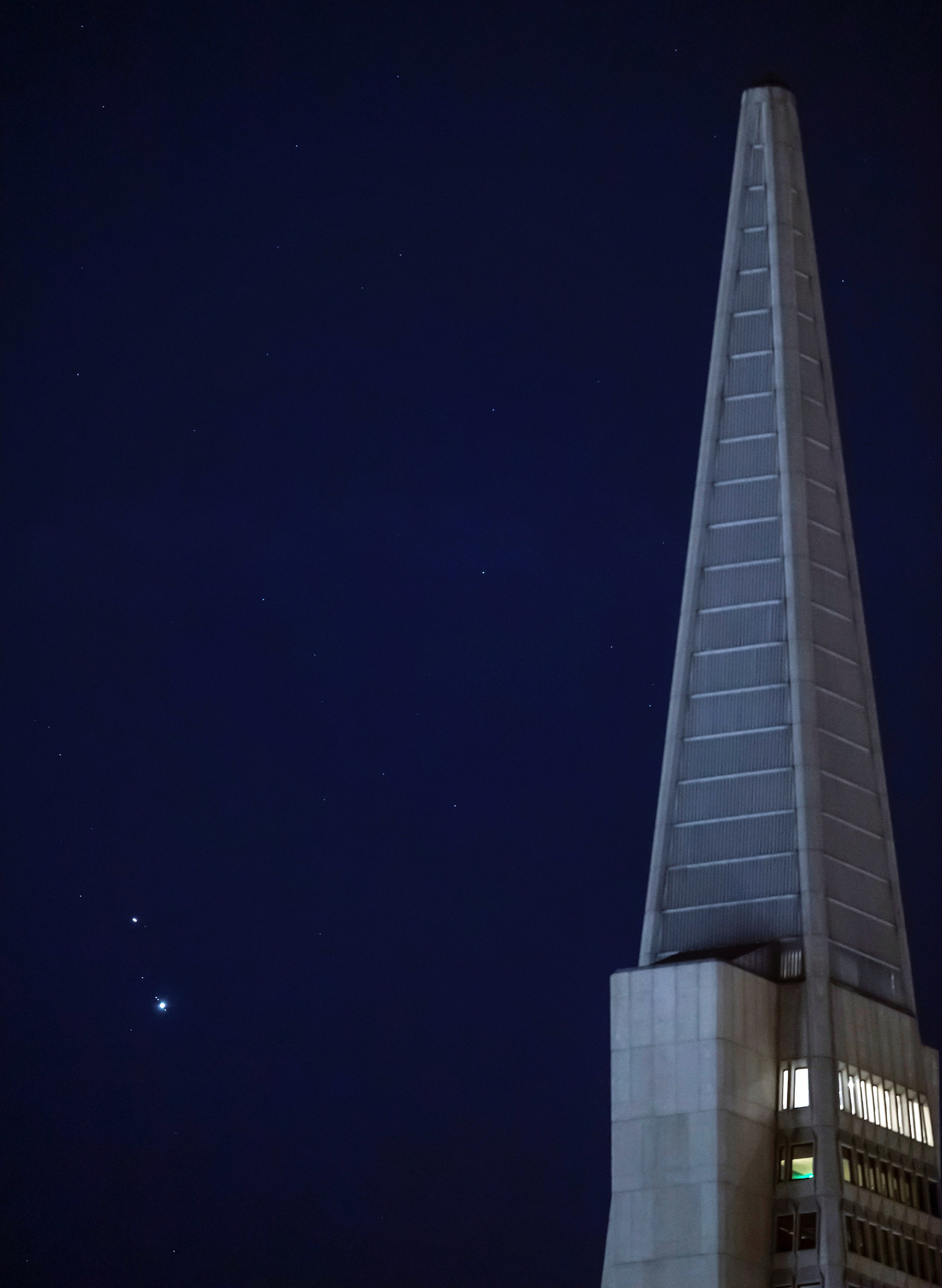 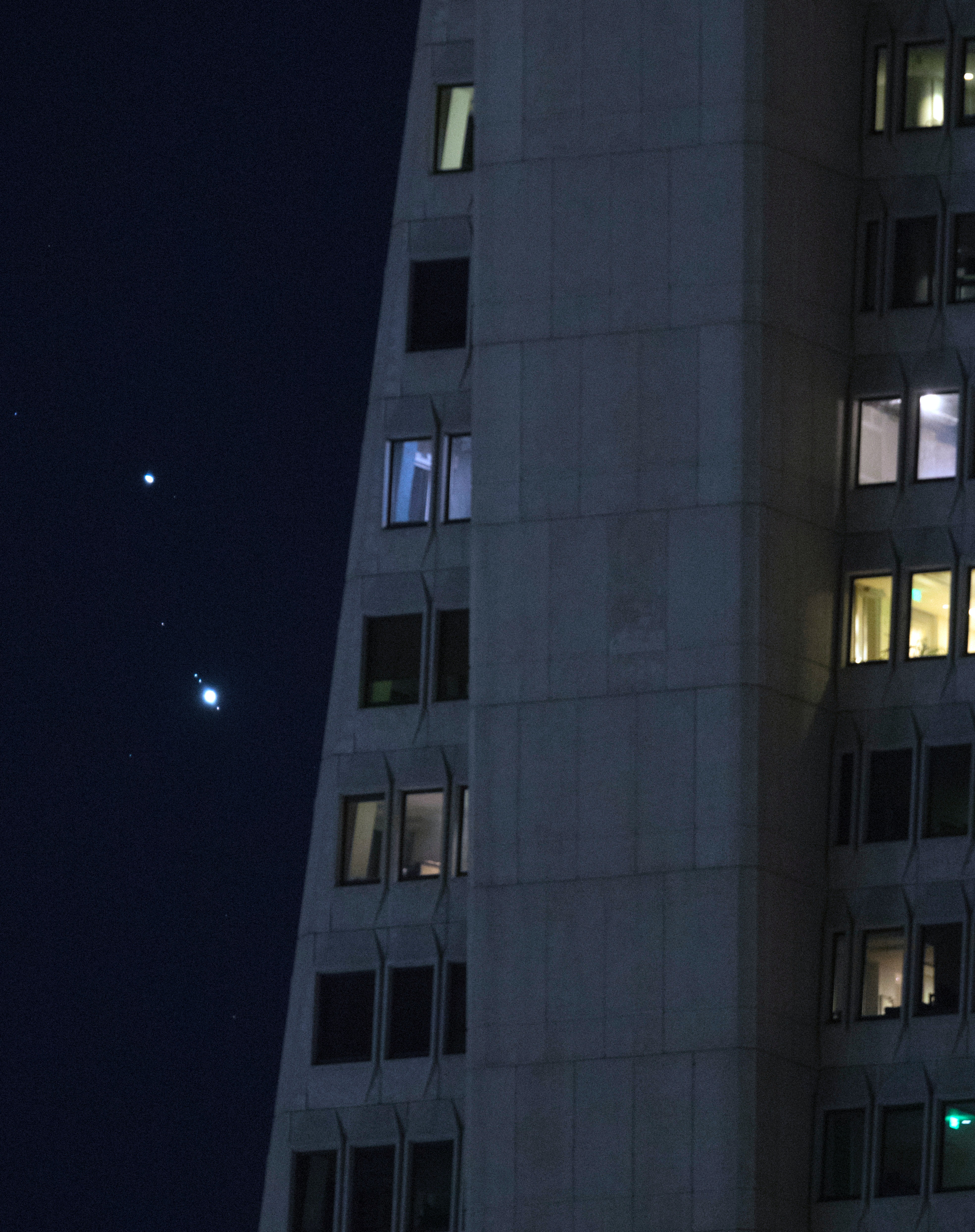 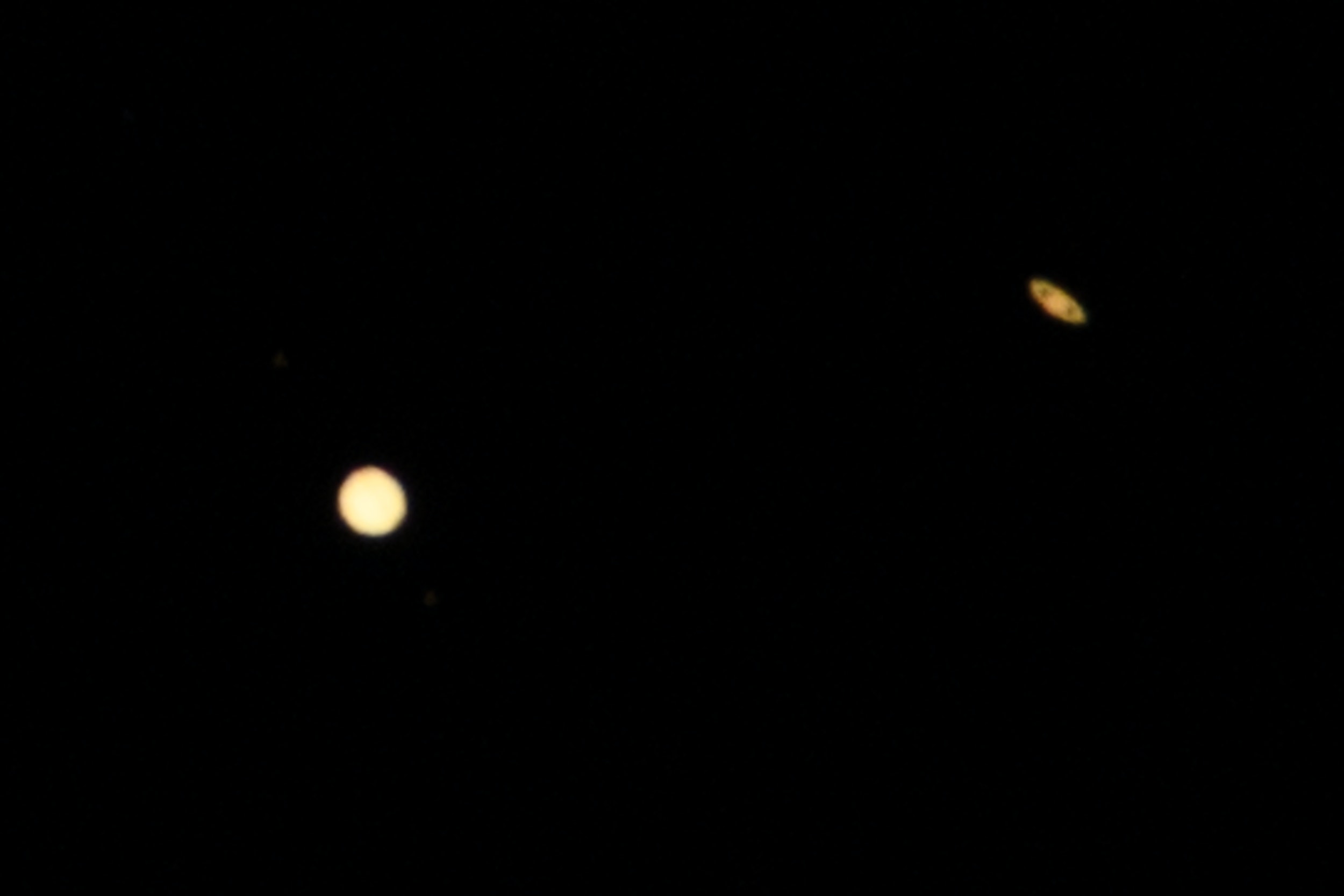 Saturn’s rings were on display in the night sky for everyone to enjoy, as seen in this shot from @nightskyflying, which was captured in Green Valley, Arizona.

People were shook that they could see Jupiter’s four largest moons.

Jonathan McDowell, an astronomer at the Harvard-Smithsonian Center for Astrophysics, told Reuters that the next Great Conjunction that’ll have a similarly close alignment will be in March 2080, which means you’ll have to wait a while to get a glimpse of the next phenomenon. Thankfully, there are plenty of great photos of Monday evening’s sighting to keep you satisfied until then.