The Emmy Awards are going to look a little different this year due to the coronavirus pandemic, but although the ceremony is going virtual, it will still honor a ton of deserving TV shows. For a lot of people, the Emmys is also a great way to choose a new show to check out — these are the best of the best when it comes to current television, after all. If you’re on the lookout for a new series that’s guaranteed to make you laugh out loud, look no further than the 2020 Emmy-nominated comedy series, which include some of the best recommendations you’ll find.

The comedy series up for honors at the 2020 Emmy Awards represent a diverse look at all the funniest shows on TV right now. Whether you want the tried-and-true formula of a sitcom or the emotional arc of a dramedy, or whether you’re looking for a show that’s already multiple seasons deep or prefer a brand-new series that only just premiered, this list of nominees spans the full breadth of comedic options. 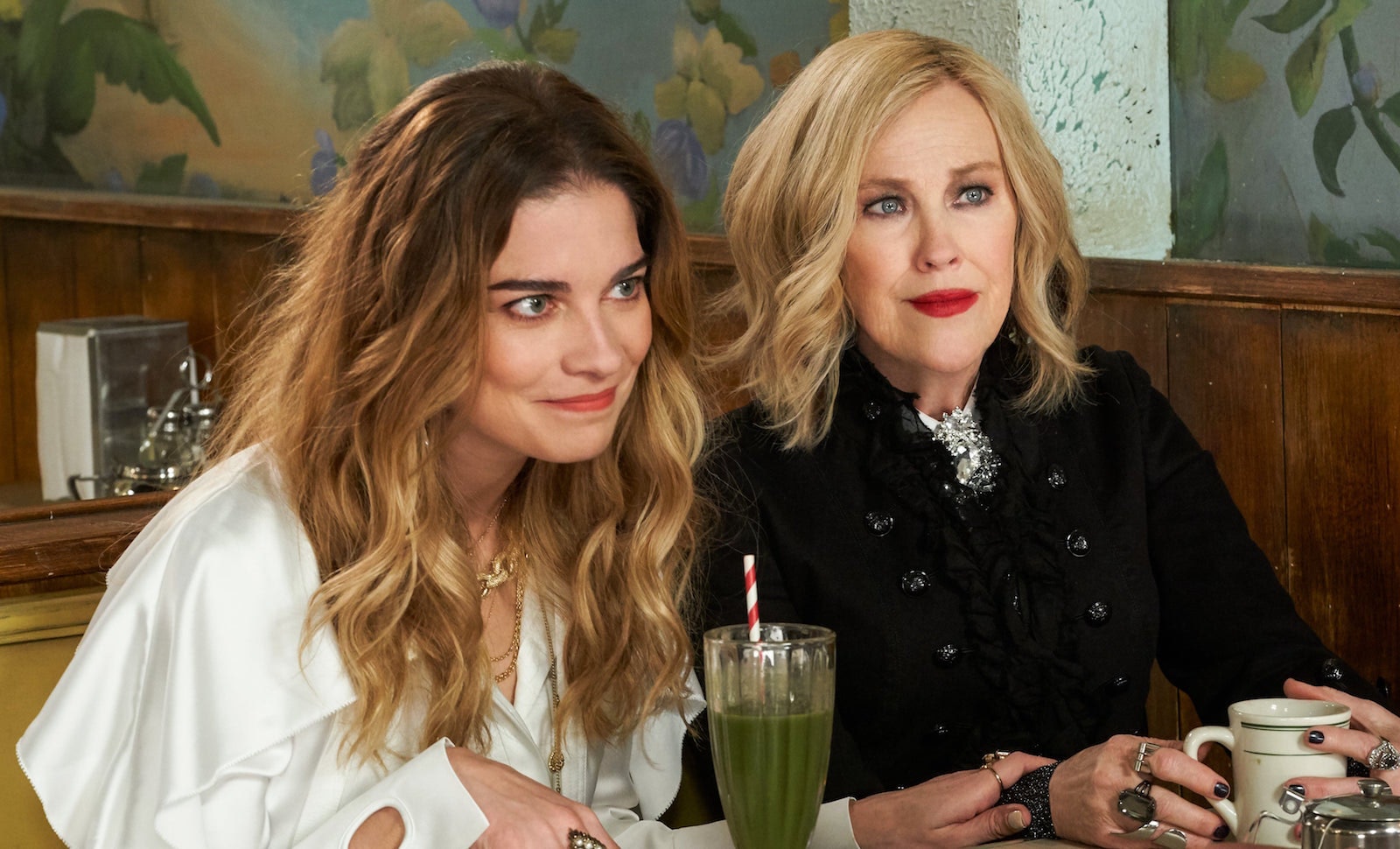 The biggest standout in the comedy categories this year is Schitt’s Creek, the dysfunctional family sitcom that grew from an unknown Canadian TV gem to one of the most widely beloved shows of 2020. Schitt’s Creek got no Emmys love until 2019, when its fifth season was nominated for three major awards… although it lost all of the categories. That’s likely to change this year, though, as the final season has earned eight nominations in the major categories. The quirky comedy is the perfect watch for anyone looking for a feel-good cast of characters who can make you laugh and happy-cry.

It’s only three seasons in, but The Marvelous Mrs. Maisel has already solidified itself as an awards-season juggernaut after cleaning up at the Emmys the past two years. The show is continuing its highly-nominated streak in 2020 with eight noms in the major categories, and there’s a good reason for all the love. The comedy-drama about a housewife-turned-comic navigating the stand-up world of the late ’50s combines gorgeous nostalgia with tons of whip-smart, modern jokes.

One of the most ambitious sitcoms ever made, The Good Place has yet to win a major Emmy award. It got a few nominations in past years, but its fourth and final season stands the best chance of bringing home the gold with five major nominations. The unexpected afterlife comedy came from the mind of Mike Schur, who’s known for creating plucky workplace sitcoms like Parks & Recreation and Brooklyn Nine-Nine, so it’s a great pick for fans of those shows.

4. What We Do in the Shadows

Yes, a silly mockumentary about petty vampire roommates is really getting some serious critical acclaim, and that’s because it’s really freaking funny. The second season of What We Do in the Shadows is nominated for Outstanding Comedy Series this year, as well as crowding the Outstanding Writing for a Comedy Series category with three separate nominations. The wacky, witty FX comedy is available to stream on Hulu. 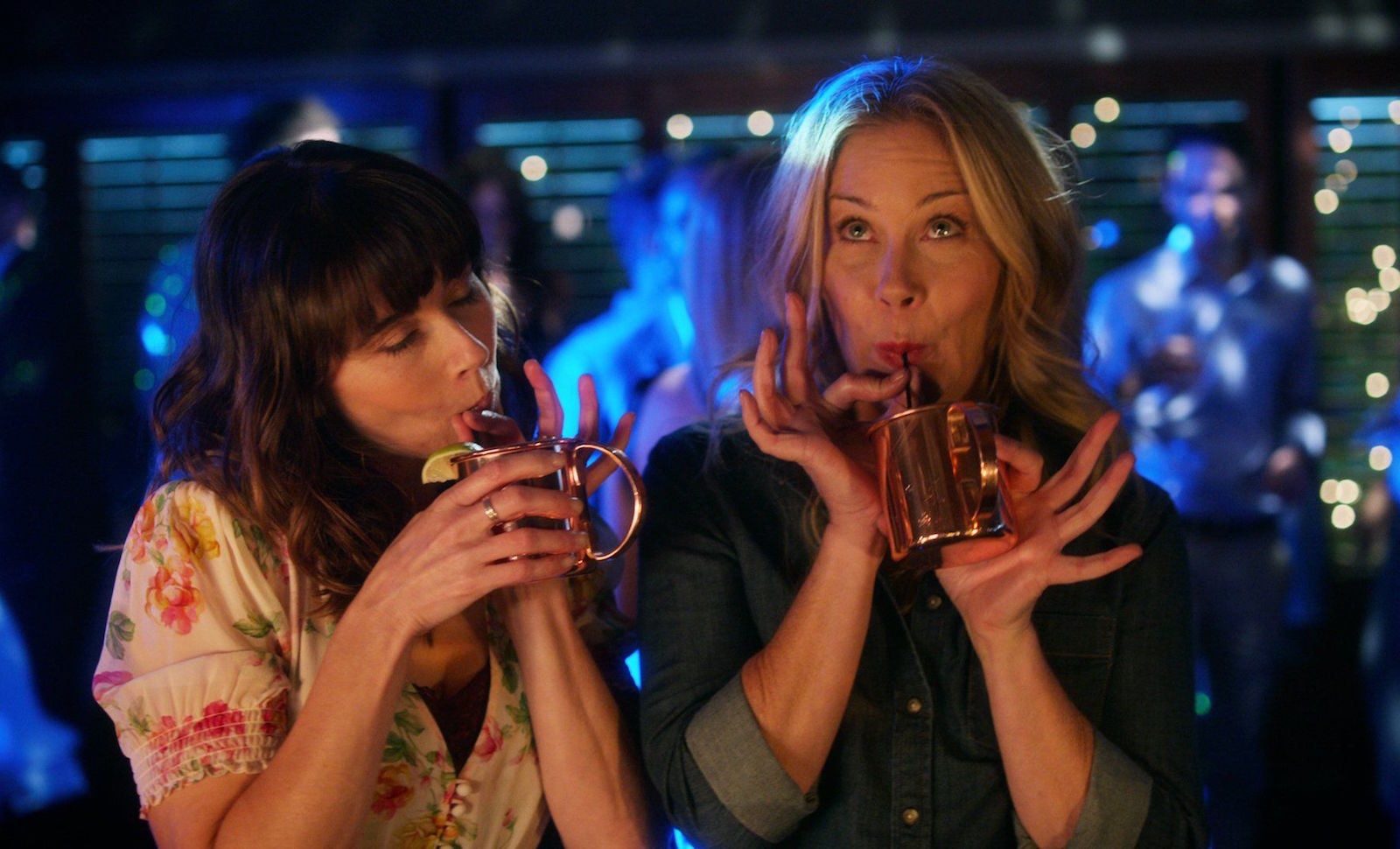 It sounds a bit off to categorize a show exploring the grief surrounding surrounding a close, personal loss as a comedy, but Christina Applegate and Linda Cardellini bring so much wit and humor to their characters that the Television Academy had to do it. Dead to Me‘s second season is up for the Outstanding Comedy Series Emmy, and both Applegate and Cardellini also have nominations in the Outstanding Lead Actress in a Comedy Series category. The Netflix series is perfect for anyone who loves shows that can perfectly balance dark drama with laugh-out-loud comedy.

After a lot of snubs, Insecure finally got the Emmys love it deserved in 2020 for its fourth season. The HBO comedy only received one major Emmy nomination prior to this year — an Outstanding Lead Actress in a Comedy Series nod for creator/star Issa Rae in 2018 — but now it has three big nominations. Along with noms for Rae and the series as a whole in Outstanding Comedy Series, Yvonne Orji has her first-ever Emmy nomination in the Supporting Actress category. Orji deserved the recognition, too, considering Season 4 of the HBO series was all about her character Molly’s tumultuous friendship with Issa.

Despite its critical acclaim, the first season of Ramy didn’t get any Emmy nominations, but that changed for Season 2. At the 2020 ceremony, Ramy is up for three trophies: creator/star Ramy Youssef is up for both acting and directing, and Season 2 addition Mahershala Ali is nominated in the Supporting Actor category. The Hulu series has been widely praised for its smart examination of Muslim faith in the 21st century.

Netflix’s comedy series about an acting coach and his agent in Hollywood was an awards season favorite when it debuted last year, and it took that energy into 2020 with Season 2. This year, the show is up for three Emmys, with stars Michael Douglas and Alan Arkin each earning their second consecutive noms for their roles in the show. The series pokes fun at showbiz and the acting process, so it’s a great watch for anyone who loves the ins and outs of movies and TV.

Hulu’s new historical comedy has fans and critics alike yelling, "Huzzah!" The wacky reinterpretation of Catherine the Great’s rise to power in 18th century Russia earned two Emmy nods for its debut season: one for writing and one for directing. The show stars Elle Fanning as the future Empress of Russia as she secretly schemes to get out of her marriage to the immature and violent Russian leader Peter III. It’s a great watch for fans of comedies that satirize historical events, like 2006’s Marie Antoinette or 2018’s The Favourite. 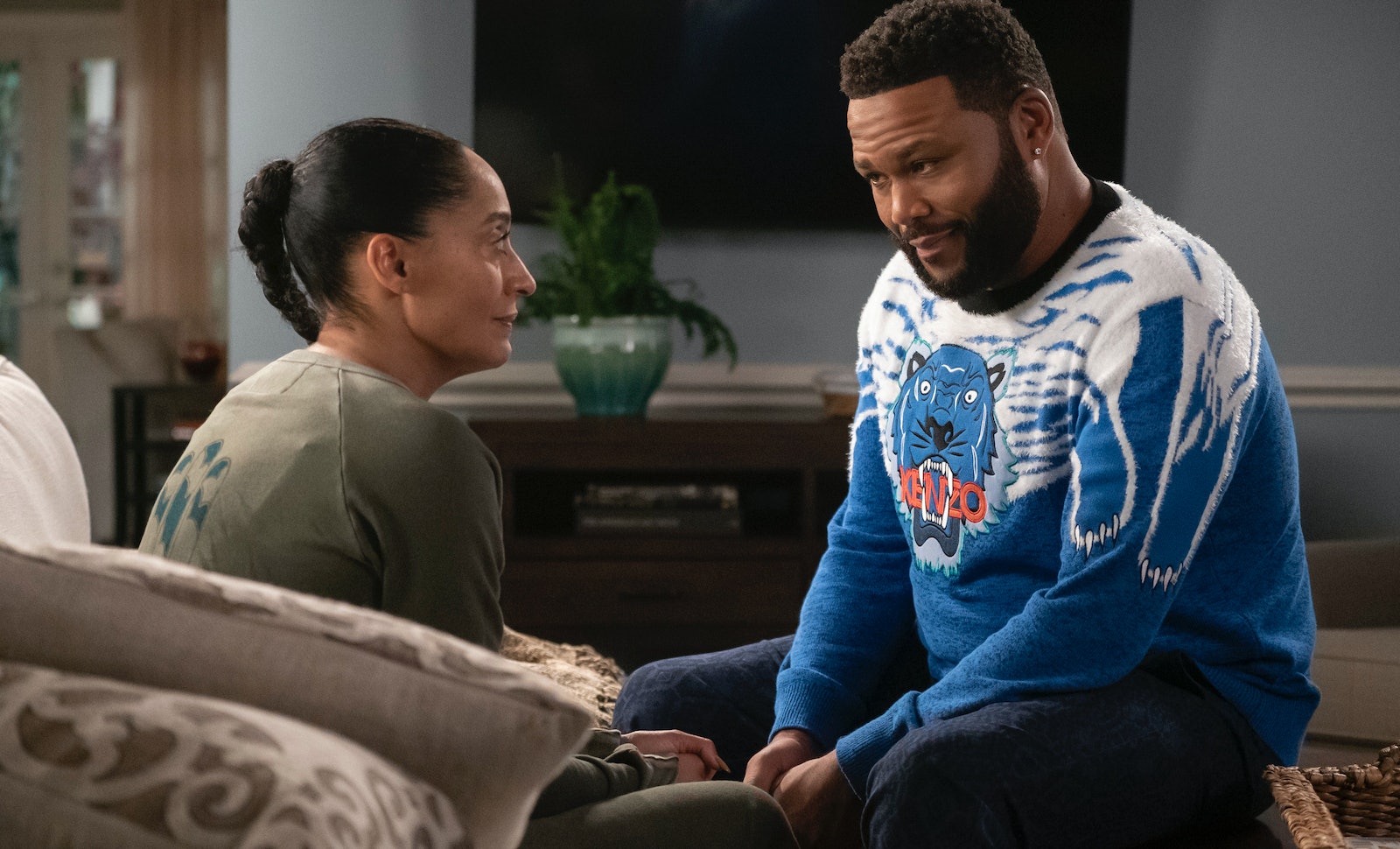 Black-ish has aired for six seasons now, but it is still just as good a time as any to jump into the series if you haven’t watched it yet. The family sitcom has been widely praised for adeptly tackling specific racial issues, including hot-button topics like police brutality and the election of Donald Trump as president. Both Anthony Anderson and Tracee Ellis-Ross are up for acting awards at the 2020 Emmys, which they have been nominated for several times before.

Betty Gilpin has been GLOW‘s consistent awards contender for the show’s first two seasons, and that continues with Season 3. GLOW only has one nomination at the 2020 Emmys (Gilpin for Outstanding Supporting Actress in a Comedy Series), but IMO, the bombastic wrestling comedy deserves much more. Netflix’s ensemble comedy reimagines the birth of the Gorgeous Ladies of Wresting in the mid-’80s. It can go from over-the-top campiness to heartfelt stories of female friendship and heartache in seconds, so it’s a perfect choice for just about any TV fan.

After checking out some of the nominated comedy series, you can see whether they manage to take home the gold when the 2020 Emmys air Sept. 20 on ABC.