Rebel Wilson, who’s lost ‘about 40 lbs.’ over the last several months, now reveals that it was a healthier, high-protein diet that helped her shed the weight.

“Before I was probably eating 3,000 calories most days, and because they were normally carbs, I would still be hungry,” Rebel Wilson, who claims she’s lost “about 40 lbs.” since changing her lifestyle, revealed in a new interview with PEOPLE. Changing to a high-protein diet is what Rebel, 40, says truly helped her throughout her highly-publicized weight-loss journey. “So, I’ve really changed to eating a high-protein diet, which is challenging because I didn’t used to eat a lot of meat. I eat fish, salmon, and chicken breast.” 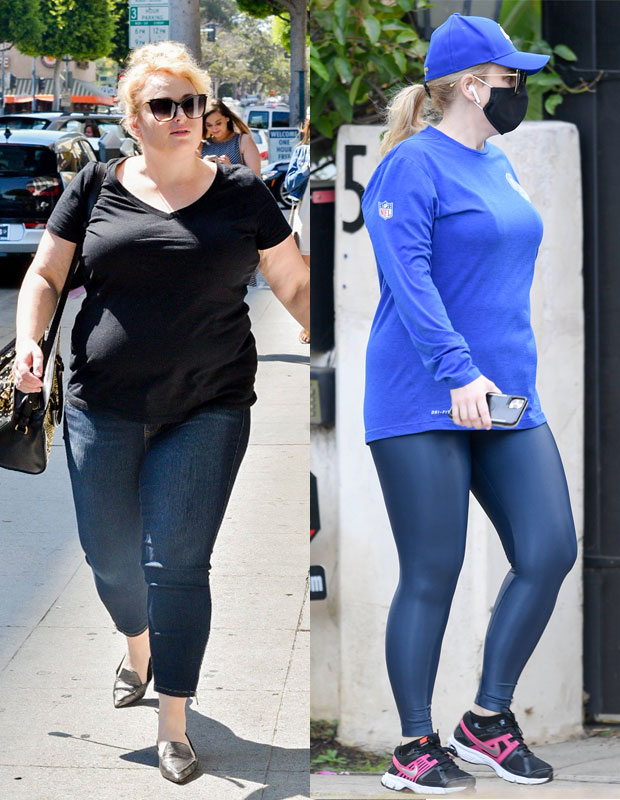 But that doesn’t mean Rebel eats completely clean 24 hours a day, seven days a week. The Pitch Perfect star allowed herself to cheat sometimes. “Some weeks are just write offs, and there’s nothing you can do about that,” she explained.

“I’m just trying to go for overall balance, overall healthy balance. I have this state of being, which is not my quote, but I go ‘Nothing is forbidden.’ We’ll be like, ‘Should we get In-N-Out burger?’ And I’m like, ‘Nothing is forbidden.’ I can go there, I just might eat half of what I used to eat before. You know? And I’ll have a burger, and a few fries, and then you feel fine.”

Rebel also revealed that the pandemic, which led to time off from work, helped her as well. “I really took it as time to get really well-rested and de-stress,” she said. “Because most of my stress is work-related.” Plus, she explained that while working she was often “emotional eating, and overeating at times, because I wasn’t loving myself enough either. And it does come down to that self worth and self love.”

Rebel’s Australia-based trainer Jono Castano Acero also recently shared some secrets of his own that helped Rebel along the way. And he, too, said you need to “enjoy your treats”, so it sounds like it’s all about balance when it comes to dieting.