Keke Palmer reinvented her look again, this time opting for a wild mullet hairstyle! The actress’ wavy’ do and dramatic eyeshadow is giving off some serious glam rock vibes.

Allow Keke Palmer to reintroduce herself! The Hustlers star, 27, debuted another new hair makeover on Instagram, and this one is giving us some serious vintage vibes reminiscent of three iconic stars. Keke posted a fierce video on Instagram on January 5 of herself lip synching and mugging at the camera while rocking a serious smokey eye — and a wavy, piece-y mullet.

Her new hair makeover is pure Rihanna circa 2013, that classic ‘do she debuted while promoting her River Island clothing brand in London. Rihanna loved the look so much that she even brought it back in 2020, when she stepped out for dinner with friends in Los Angeles. Rihanna and Keke, of course, aren’t the only stars who have gone for “business in the front, party in the back.” And we mean recently!

Miley Cyrus clipped her long, blonde hair into a shaggy mullet in 2020 while entering her “Midnight Sky” glam rock phase. Her hairstylist, Sally Hershberger, told HollywoodLife EXCLUSIVELY that she and Miley were channeling David Bowie while deciding on the cut. Keke’s new look is also very reminiscent of Whitney Houston in the aughts, as one of her commenters pointed out on Instagram! 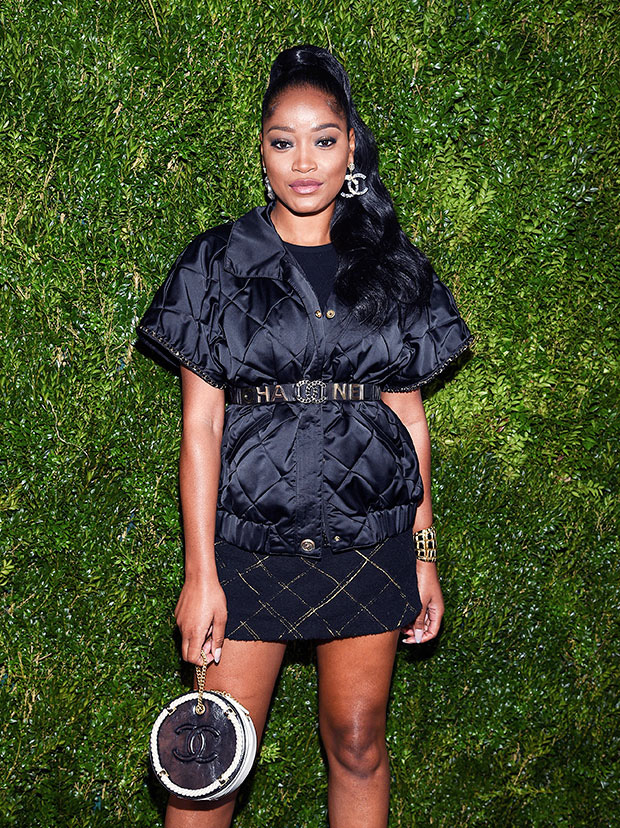 Keke loves switching up her hair. The Strahan, Sara and Keke alum opted for old Hollywood waves in July when she filmed her music video for “Snack” — a perfect look on her. Just one month later, she went with over-the-top auburn curls. Princess Merida was shaking. Is there anything Keke can’t pull off?