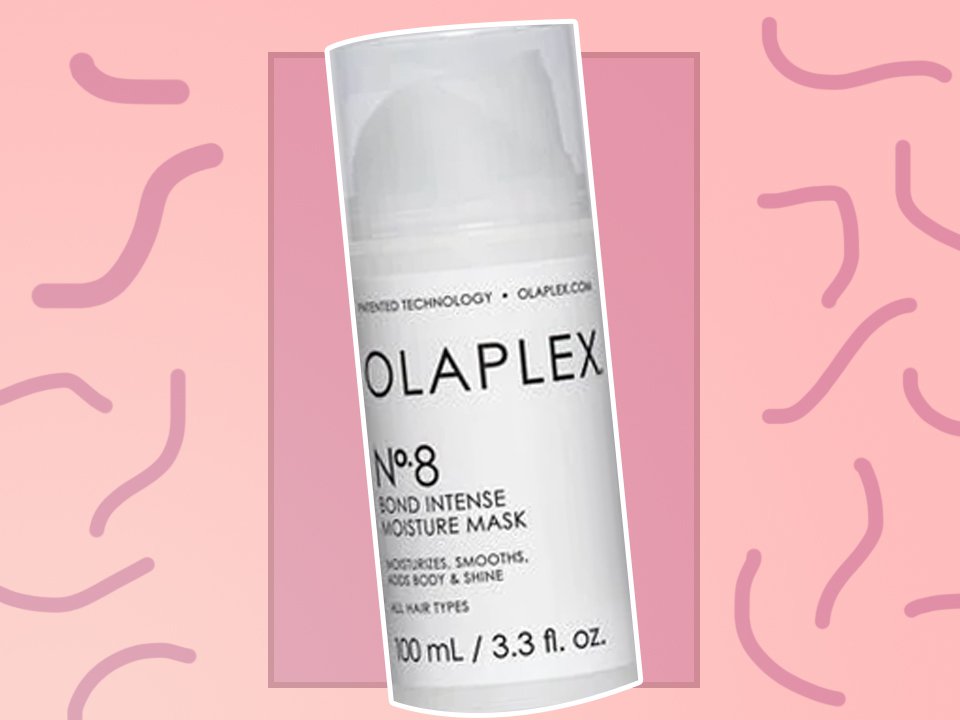 Olaplex is a brand that permeates most hair chat these days, after their launch in 2014 sparked a wave of bleaching and crazy colours.

The special bond technology has been credited with more even and effective lightening, as well as the ability to reduce breakage.

As a serial bleacher – and one who hasn’t been to the hairdresser since October last year at that – I’m use hair masks at least once a week, so my standards are high.

Sally’s sent me the Olaplex No.8 Bond Intense Moisture mask, and I had to be one of the first to review the new product.

Check out the Is It Worth the Faff? review of the hair mask that’s been hailed as a game-changer.

What is the Olaplex No.8 Bond Intense Moisture Mask?

As you might have guessed from the name, this is the eighth product in Olaplex’s line, and the first official mask (they already have a wash-out treatment that’s used in much the same way, but this called a Hair Perfector).

According to Olaplex, it gives you two times more shine, four times more moisture, six times more smoothness, and 94% more body – after only one use.

Costing £26 for 100ml, it’s in a special sealed pump bottle so you get the right amount, and is vegan and colour-safe as well as free from sulphates, phthalates, parabens, or gluten.

I haven’t yet seen a review that gives this fewer than five stars, so this little mask has a lot to live up to.

After shampooing, squeeze your hair out so it’s damp and apply one to two pumps of the mask onto your hair. You’ll need more if you have very long hair.

The instructions say to leave on for 10 minutes, which is handy for people who don’t have hours to let it do its magic.

After that, just rinse off and style as normal.

I do expect to see a marked change in my hair after putting a mask on, noticing fewer flyaways and at least seeing a reduction in the look of my split ends, even if a cut (coming very soon) is the only way to actually remove them.

Although my hair straight and super fine, it needs a lot of detangling and strengthening so it can be bleached without breakage.

Reader, this did it all.

I left my hair to dry naturally – who cares about blow-dries at the moment, right – and it felt manageable, but it wasn’t until I brushed it that I saw just how smooth it was.

I made a tiny gif just to show how much the light bounces off it. I even went for a consultation with my hairdresser before the big chop and she remarked on how healthy it looked.

Is it worth the faff?

Yes. It’s not cheap, but it’ll last forever because it’s so concentrated and you don’t need much, so it is great value.

I can’t picture a world where I don’t want my hair to look this healthy, and will be re-buying it as my go-to weekly treatment from now on.

The hype has been lived up to, and those before and after images shown by Olaplex are definitely real.

I’m fully on the bandwagon here, and would genuinely say this is one of the best – if not the best – hair masks I’ve ever used.

Whatever sorcery Olaplex have going on, it works.

The product reviewed in this article was gifted, but this never influences our experts’ opinions. Products are tested and reviewed independently of commercial initiatives.

Get in touch at [email protected]