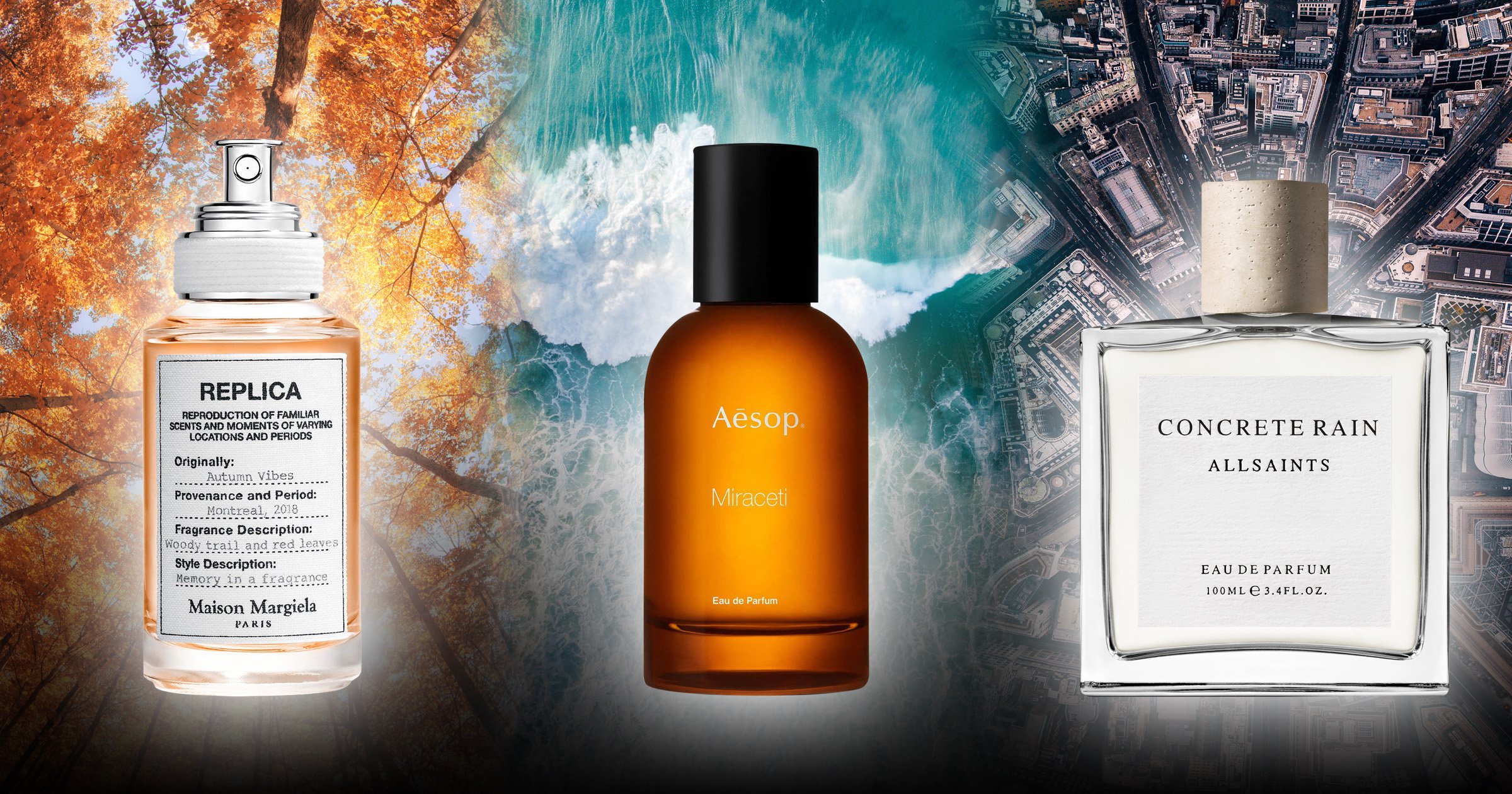 Fragrance draws upon the sense most connected to memory in the brain.

Through smell, we can be transported mentally to a distant place or time because there’s a memory, conscious or not, connected to that note.

This means we can get smart about the scents we wear, tailoring them to create a powerful, comforting or escapist feeling.

At a time when travel can still feel risky, breathing in certain fragrances can transport us elsewhere – if even for just a second.

Adriana Medina, vice president perfumer at Givaudan, one of the largest manufacturers of fragrances, tells Metro.co.uk: ‘I think the fragrance business played a key role throughout the pandemic.

‘Many are tailoring scents to the mood they want to set for themselves.

‘People associate different scents with different feelings, and want to trigger those through products they’re selecting.’

As memories are so distinct and personal, what a scent might conjure up for one person could be starkly different for another.

‘Comfort can mean a variety of things to different people – from a sense of escapism to nostalgic memories. One person may find comfort in the smell of musk because it could remind them of a warm embrace, while another might find a sense of security in the addictive scent of vanilla.

‘It’s very personal, and has a different meaning for everyone,’ Adriana adds.

But some smells are more universal, such as sunscreen, the scent of which often manifests in some way in beachy summer fragrances.

While no one wants to smell of pure sunscreen, putting that note into a more rounded coconut and seaside-inspired fragrance pulls us emotionally towards happy memories and a destination far off.

Givaudan themselves have been researching the psychological and neuroscientific benefits of certain smells, developing what they call MoodScentz guidelines, which affects the way they now produce fragrances.

They are aiming to have a ‘positive’ or ‘feel-good’ effect for the scent wearer, given that they found 75% of emotions are triggered by smell.

Clearly shoppers have been looking for joy in a bottle too, as fragrance sales in the US rose by 45% in the first quarter of 2021 when compared to the year prior, according to market research firm NPD Group.

Fashion business website The Business of Fashion called fragrance the ‘star of the pandemic’ in terms of what people were buying at its height.

Adriana says: ‘Over the course of the past year, many consumers were longing to escape from reality and looking to be instantly transported through their fragrance, whether they were craving holidays by the sea or fresh mountain air.’

For herself, personally, Adriana looked to one that transported her to ‘a beautiful garden’, making her feel ‘joy’ upon application, and another that evoked the mood of Colombia, where she grew up.

She calls the experience an ‘olfactive expedition’.

Three recent fragrance launches might help take you there.

The Replica line of fragrances is, quite literally, about inspiring nostalgia – as their bottles read ‘memory in a fragrance’.

Their latest launch, Autumn Vibes, is unisex and aims to ‘transport you to forest of towering trees’.

Mixing notes of cedarwood, moss, fir balsam and pink peppercorn, this woody and spicy scent will make you feel like it’s still autumn well into the drab winter months.

Fanny Bal was the perfumer behind this one. Speaking to Metro.co.uk she says: ‘From the onset I had in mind a forest walk in autumn.

‘I was inspired by a moment of escape and contemplation in the undergrowth of a Canadian forest at the beginning of autumn.

‘The sound of the season’s golden leaves crunching under my feet is carrying me away. My senses awakened by the breath of fresh air and the woody trail of century-old trees. A pure experience of being at one with nature.’

Aesop recently released a line of three fragrances – Karst, Miraceti and Erémia – each designed to evoke a different sense of place.

The first is aquatic, bringing up images of the sea, while the second is forest-like, and the third takes you to a green floral garden.

French perfumer Barnabé Fillion tells us: ‘With Miraceti, Karst and Erémia, we begin a journey to discover worlds within worlds, from the boat to shore, and onward through a vast wasteland.

‘The senses are enriched, and boundaries blurred between known and unknown spaces.

‘Each perfume has its own facet of spacial exploration. In creating this collection, many of these interstitial spaces came to mind, but I never stayed focused on just one because it was important that it’s not so geographical.

‘However, a number of images came to mind when we were exploring the fragrances which provided foundations to build on.’

For those craving city life, this mix of silver rain, orchid and sensual musk notes might do the trick.

If there’s anything Londoners know well, it’s the smell of rain and musk. Not the most appealing perhaps to think of initially, somehow New York perfumer Nathalie Benareau makes this enchanting and gender neutral.

She says: ‘In the city, when it rains, the air has a very distinctive smell, a mixture of metallic freshness, warmth from concrete and electric energy, the freshness and cleanliness of the rain.

‘The intention of the olfactive notes was to take the wearer to a place of comfort while evoking a sense of non-conformist yet confident power.

‘A contrasting place where the strength of the concrete and its shades of grey color blends with the modernity of a dark purple velvet fabric.’

This article contains affiliate links. We may earn a small commission on purchases made through one of these links but this never influences our experts’ opinions. Products are tested and reviewed independently of commercial initiatives.